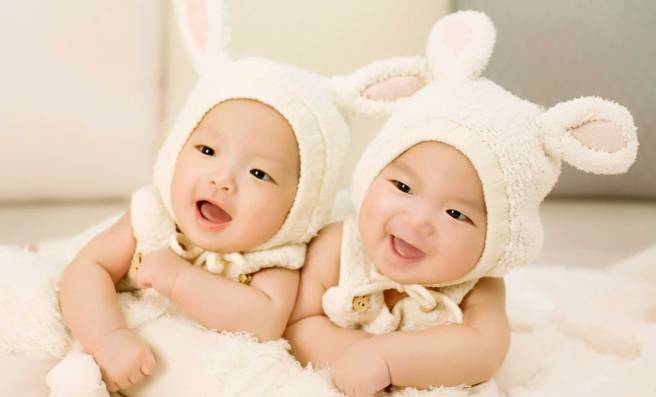 When is your birthday?

More specifically, which month were you born in? Please feel free to leave your answer in the comments section below this post.

In 1987, an interesting research report was published in a scientific research book:

In the report, the researchers outlined a study that they had conducted on the inhabitants of an asylum for the aged in Tokyo (Japan). They had found not only a very high rate of Parkinsonism (6.5% of the inhabitants), but also that the majority of those individuals affected by the Parkinsonism were born in the first half of the year (regardless of which year they were actually born).

And that was probably what everyone who read the report thought….

…except that one year later this independent group in the UK published a very similar result:

In essence this study, looked at the birth records of 901 people with Parkinson’s disease and 2309 age-matched controls.

In the last paragraph of the results section, the authors wrote:

They also noted that individuals born within the years 1892, 1904, 1909, 1918, 1919 and 1929 appear to have had a higher risk of developing Parkinson’s disease in later life. For those of you who are medical history buffs, you will note that these years are close to those of the influenza pandemics of the period 1890-1930. The investigators noticed this as well. In fact, they found that 1.7 to 2.5x more people with Parkinson’s disease were born in 1918, 1919 and 1929 – dates which correspond to the years of influenza pandemics in the UK.

And they took this idea one step further: the seasonal peak in influenza activity is usually between January and March (in the northern hemisphere) they suggested which would be around 6 months gestation. In other words, they were proposing that mum having the flu, while baby was in the oven, increased the risk of Parkinson’s disease in the unborn child later in life.

One year later (I kid you not) – and reported by a third independent group – you guessed it: here comes another research report indicating a seasonal pattern:

In this study, the investigators looked at the records of 243 people with Parkinson’s disease, and they compared them with controls selected from the same general practices around Aberdeen (Scotland). Now while they did not find a significant seasonal effect, there was a trend towards higher proportion of births between January and March (30% compared to 25% of controls).

That third report was not so convincing. Is this seasonal effect really a thing?

You are right, and no it’s not (for Parkinson’s disease at least).

This is where the tide started to turn on the “seasonal birth” story for Parkinson’s disease. And after a brief interlude, a series of research reports appeared that questioned the previous findings, starting with this one:

Using the clinical records of 10 movement disorder clinics across Canada,the researchers examined the birth dates of 8,168 people with Parkinson’s disease for any evidence of seasonal variation or clustering of birth dates. They also sought to determine any associations with the major world influenza pandemics of 1918 to 1919 and 1957 to 1958.

They found no evidence of seasonal variation in Parkinson’s incidence, nor did they find any evidence of clustering of birth dates during influenza pandemic years in people with Parkinson’s disease.

In this study, birth month data was collected for 57,971 patients from the English Hospital Episode Statistics. In total, there were 3,545 people with Parkinson’s disease. Absolutely no difference was observed in the distribution of birthdays between people suffering from Parkinson’s disease and the general population (p=0.48).

Ok, but a lot of Canadians immigrated from England, so perhaps there is a Anglo-Canuck effect occurring in the statistics?

Well, if there is, you will need to include the Italians and Sweds in that group because:

And one year later another (much larger!) report found the same result in Sweden:

The data used in this research report was collected from:

The investigators next set up a selection criteria. Within their pool of people for analysis, individuals had to:

Monthly data on national burden of influenza-like illness during 1932–1970 were obtained from the Swedish Public Health Agency.

As expected, older age, male sex, parental occupation as farmers, and family history of PD were associated with higher PD risk. But the year, season and month of birth were not associated with the risk of developing Parkinson’s disease.

Curiously, they did find that reduction in risk of Parkinson’s among participants who have an older siblings compared to those who do not – I wrote about this is a previous post.

So how do you explain the Japanese asylum patients with parkinson’s disease all being born in the spring?

So researchers have suggested that many of the inhabitants of the asylum would have had Parkinsonisms as opposed to Parkinson’s disease. Parkinsonisms are the features of the condition without the underlying disease itself. These Parkinson’s-like features could have been brought on by long term neuroleptic drug use (eg. Anti-psychotic drugs) – this is a well documented side effect of these drugs (Click here for more on this).

And while there may not be a seasonal birth trend for Parkinson’s disease, there is for people with schizophrenia (December-March) and major depression (March-May).

More than 250 studies have been published on birth seasonality and the risk of individuals developing schizophrenia (or bipolar disorder). They cover 29 Northern and 5 Southern Hemisphere countries. And they are remarkably consistent:

There is a 5-10% winter-spring excess of births for both schizophrenia and mania/bipolar disorder.

Thus, it may be that people who have been committed to asylums and have had long term treatment with anti-pyschotic drugs, will exhibit Parkinsonisms. And if the reason they had been committed to the asylum was due to psychiatric problems, there would probably appear to be a trend towards many of the Parkinsonian inhabitants in the asylum being born in the first half of the year.

And what about the first English and Scottish studies?

In both of these studies the number of subjects in the studies were rather small (just 243 people with Parkinson’s disease in the Scottish study). And this results in big conclusions being made based on small samples. Such as in the English study, the apparent cluster of births in the years 1918, 1919, and 1929 was based upon only 21, 25, and 10 people with Parkinson’s born in those years. These are not large number to base big ideas on.

Summing up: The point of this post was to dispel a myth that continues to hang around even after it has been largely disproved. There is no increased risk of developing Parkinson’s disease, based on which month, season or year one is born in.

The banner for today’s post was sourced from Mummypages

4 thoughts on “The myth of Spring babies”