Do you remember Andre Agassi?

I know he’s still around, but when I was young and less beautiful, I was a big fan. Not only of his on court achievements, but also of his charismatic off-court image.

And it certainly paid off well for him:

One of the things that Agassi taught us was that “image is everything”.

Before Agassi, tennis was a conservative sport of white shirts & shorts (McEnroe was basically as radical as things got). It was bland, conservative, and – yes, I’ll say it – boring.

Agassi not only brought colour but charisma to the game. It was shocking and disgraceful to some, but to young, naive fools like me, it was a captivating breath of much needed fresh air.

Despite the early infatuation with the stylings of Mr Agassi, I have to admit that I have never remotely been concerned about own image. My dimensions mean that I wear what fits as opposed to what I like, and as a result the finished product is better behind a keyboard rather than speaking to a crowd.

But as I have gotten older, I have become concerned about a different kind of IMM-AGE (not a typo).

Let me explain: Recently some researchers in Israel and at Stanford University in the US published a rather remarkable research report which if replicated could have important implications for how we approach medical care.

What did they report?

END_OF_DOCUMENT_TOKEN_TO_BE_REPLACED

You get what you pay for. Source: DDR

END_OF_DOCUMENT_TOKEN_TO_BE_REPLACED

Inflammatory bowel disease (or IBD) is one of these umbrella terms that is used to refer to a group of inflammatory conditions of the large and small intestine: 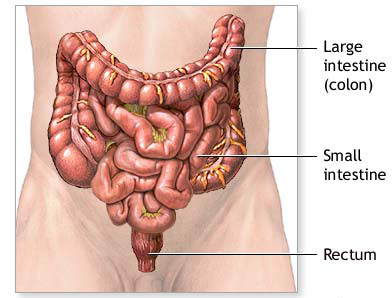 The symptoms of IBD can include abdominal pain, diarrhoea, vomiting, rectal bleeding, severe internal cramps/muscle spasms in the region of the pelvis, and weight loss.

The most common forms of IBD are Crohn’s disease and ulcerative colitis.

There has been an increased incidence of IBD since World War II, which could be associated with increased awareness and reporting of the condition, but it could also be linked with increases in meat consumption (Click here to read more about this). For example, in 2015, an estimated 1.3% of U.S. adults (3 million) were diagnosed with IBD, which was a large increase on the levels in 1999 (0.9% or 2 million adults – Source: CDC).

This is delightful, but what does it have to do with Parkinson’s?

So this week, an interesting study was published on the Journal of the American Medical Association – Neurology edition website: