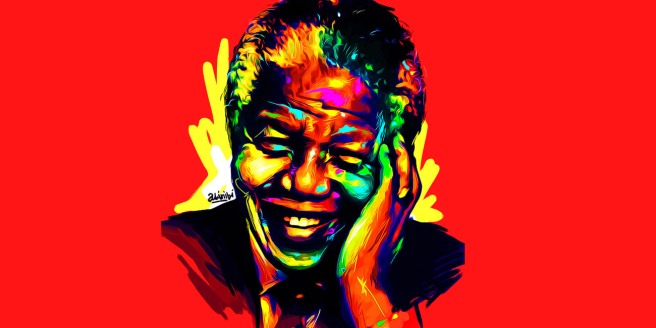 In 1997, when Nelson Mandela was stepping down as President of the African National Congress, some researchers in Stockholm (Sweden) published the results of a study that would have a major impact on our understanding of how to keep dopamine neurons alive.

(Yeah, I know. That is a strange segway, but some of my recent intros have dragged on a bit – so let’s just get down to business)

Dopamine neurons are of the one groups of cells in the brain that are severely affected by Parkinson’s. By the time a person begins to exhibit the movement symptoms of the condition, they will have lost 40-60% of the dopamine neurons in a region called the substantia nigra. In the image below, there are two sections of brain – cut on a horizontal plane through the midbrain at the level of the substantia nigra – one displaying a normal compliment of dopamine neurons (on the left) and the other from a person who passed away with Parkinson’s demonstrating a reduction in this cell population (on the right). 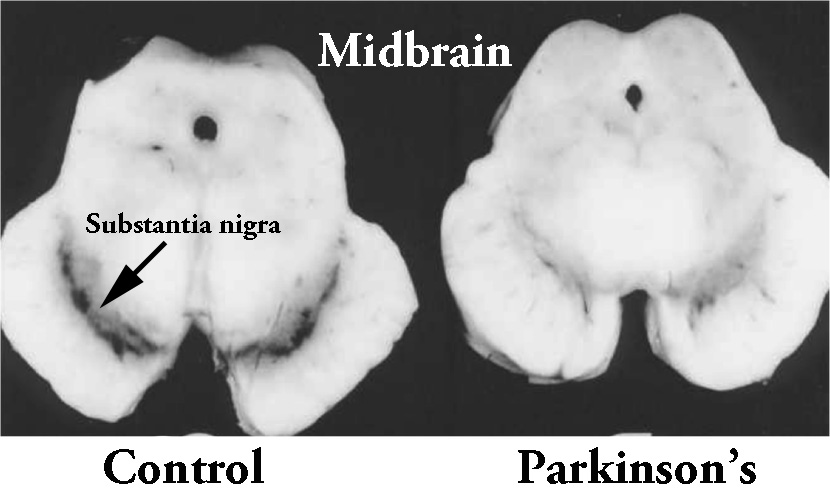 The researchers in Sweden had made an amazing discovery – they had identified a single gene (a specific region of DNA) that was critical to the survival of dopamine neurons. When they artificially disrupted the section of DNA where this gene lives – an action which resulted in no protein for this gene being produced – it resulted in mice being born with no midbrain dopamine neurons:

The researchers who conducted this study found that the mice with no NURR1 protein exhibited very little movement and did not survive long after birth. And this result was very quickly replicated by other independent research groups (Click here and here to see examples)

So what was this amazing gene called?

END_OF_DOCUMENT_TOKEN_TO_BE_REPLACED 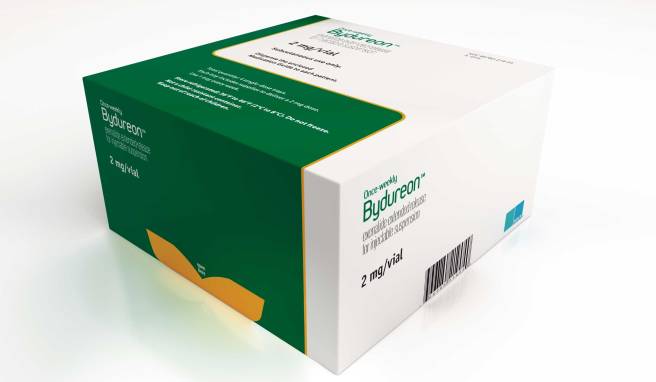 I found out about the Exenatide announcement – via whispers online – on the afternoon of the release. And it was in a mad rush when I got home that night that I wrote up the post explaining what Exenatide is. I published the post the following evening however because I could not access the research report from home (seriously guys, biggest finding in a long time and it’s not OPEN ACCESS?!?!?) and I had to wait until I got to work the next day to actually view the publication.

I was not really happy with the rushed effort though and decided to follow up that post. In addition, there has been A LOT of discussion about the results over the weekend and I thought it might be good to bring aspects of those different discussion together here. The individual topics are listed below, in no particular order of importance:

1. Size of the effect

There are two considerations here.

Firstly, there have been many comments about the actual size of the effect in the results of the study itself. When people have taken a deeper look at the findings, they have come back with questions regarding those findings.

And second, there have also been some comments about the size of the effect that this result has already had on the Parkinson’s community, which has been considerable (and possibly disproportionate to the actual result).

The size of the effect in the results

The results of the study suggested that Exenatide had a positive effect on the motor-related symptoms of Parkinson’s over the course of the 60 week trial. This is what the published report says, it is also what all of the media headlines have said, and it sounds really great right?

The main point folks keep raising, however, is that the actual size of the positive effect is limited to just the motor features of Parkinson’s disease. If one ignores the Unified Parkinson’s Disease Rating Scale (UPDRS) motor scores and focuses on the secondary measures, there isn’t much to talk about. In fact, there were no statistically significant differences in any of the secondary outcome measures. These included:

END_OF_DOCUMENT_TOKEN_TO_BE_REPLACED 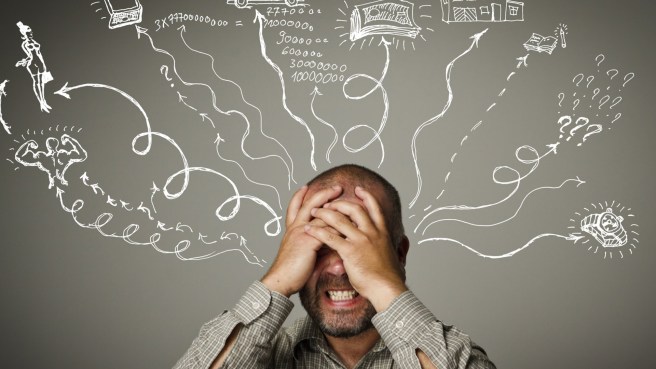 The chemical dopamine plays a critical role in Parkinson’s disease.

It is also involved with the condition Attention deficit hyperactivity disorder, and recently researchers have been looking at whether there are any links between the two.

In today’s post we will look at what Attention deficit hyperactivity disorder is, how it relates to Parkinson’s disease, and what new research means for the community. 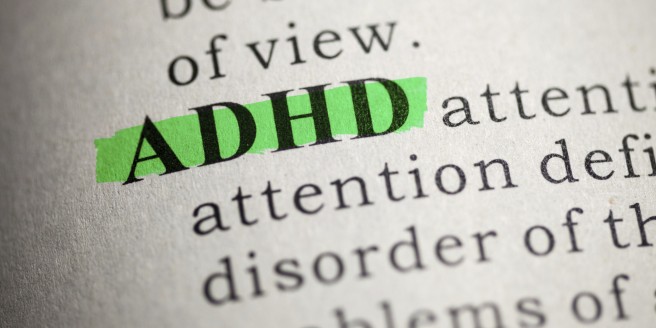 We really have little idea about how Parkinson’s disease actually develops.

It could be kicked off by a virus or environmental factors or genetics…or perhaps a combination of these. We really don’t know, and it could vary from person to person.

There is a lot of speculation, however, as to what additional conditions could make one susceptible to Parkinson’s disease, even those conditions with early developmental onsets, such as autism (which we have previously written about – click here to see that post).

Recently researchers in Germany have asked if there is any connections between Parkinson’s and ADHD?

Attention deficit hyperactivity disorder (ADHD) is a neurodevelopmental condition that begins in childhood and persists into adulthood in 60% of affected individuals.

It is classically characterised in the media by hyperactive children who struggle to concentrate and stay focused on what they are doing. They are often treated with drugs such as Methylphenidate (also known as ritalin). Methylphenidate acts by blocking a protein called the dopamine transporter, which is involved with reabsorbing the chemical dopamine back into the cell after it has performed it’s function. 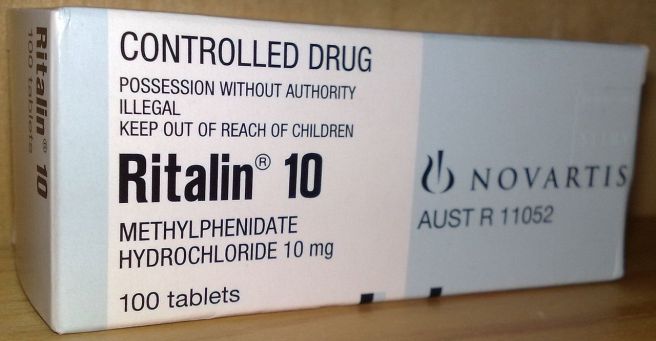 So are there any connections between ADHD and Parkinson’s disease?

This is an interesting question.

While there have been no reported findings of increased (or decreased) frequency of Parkinson’s disease in people with ADHD (to our knowledge), there are actually several bits of evidence suggesting a connection between the two conditions, such as abnormalities in the substantia nigra:

In this study, the researchers used a technique called echogenicity to examine the substantia nigra of 22 children with ADHD and 22 healthy controls. Echogenicity is the ‘ability to bounce an echo’. This sort of assessment measures the return of an ultrasound signal that is aimed at a structure.

The researchers found that the ADHD subjects had a larger substantia nigra area than the healthy controls – which apparently indicates dopamine dysfunction. This finding is similar to results that have been observed in Parkinson’s disease (Click here to read more regarding that study).

Another connection between the two conditions was recent research has shown that genetic variations in the PARK2 gene (also known as Parkin) contribute to the genetic susceptibility to ADHD.

There are about 20 genes that have been associated with Parkinson’s disease, and they are referred to as the PARK genes. Approximately 10-20% of people with Parkinson’s disease have a genetic variation in one or more of these PARK genes (we have discussed these before – click here to read that post). PARK2 is a gene called Parkin. Mutations in Parkin can result in an early-onset form of Parkinson’s disease. The Parkin gene produces a protein which plays an important role in removing old or sick mitochondria (we discussed this in our previous post – click here to read that post).

In this report, the researchers conducted a genetic sequencing study on 489 young subjects with ADHD (average age 11 years old) and 1285 control individuals. They replicated the study with a similar sized population of people affected by ADHD and control subjects, and in both studies they found that certain deletions and replications in the Parkin gene influences susceptibility to ADHD – two of the genetic variations were found in 335 of the ADHD cases and none in 2026 healthy controls (from both sets of studies).

So there are are some interesting possible connections between  ADHD and Parkinson’s disease.

And what has the recent research from the German scientists found?

In this study, the researchers have looked at additional genetic variations that have been suggested to infer susceptibility to ADHD.

Have ADHD medications ever been tested in Parkinson’s disease?

Given the association of both ADHD and Parkinson’s disease with altered dopamine processing in the brain, a clinical trial of ritalin in Parkinson’s disease was set up and run in 2006 (Click here to read more about that trial). The results of the trial were published in 2007:

In this study, the researchers recruited 12 people with Parkinson’s disease and examined their response to 0.4 mg/kg of ritalin – given 3 times per day – in conjunction with their normal anti-Parkinsonian medication (L-dopa). They then tested the subjects with either ritalin or a placebo control and failed to find any clinically significant augmentation of L-dopa treatment from the co-administration of ritalin.

So summing up: both Attention deficit hyperactivity disorder (ADHD) and Parkinson’s disease are associated with changes in the processing of the brain chemical dopamine. There are loose connections between the two conditions, but nothing definitive.

It will be interesting to follow up some of the individuals affected by ADHD, to determine if they ultimately go on to develop Parkinson’s (particularly those with Parkin mutations/genetic variants). But until then, the connection between these two conditions is speculative at best.