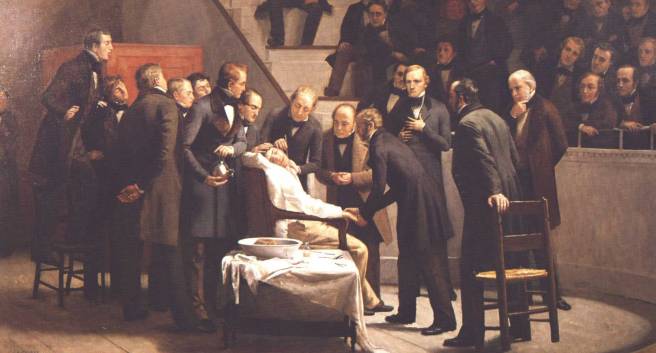 On that date, an American dentist named William T. G. Morton (1819-1868) made the first public demonstration of the use of inhaled ether as a surgical anaesthetic. 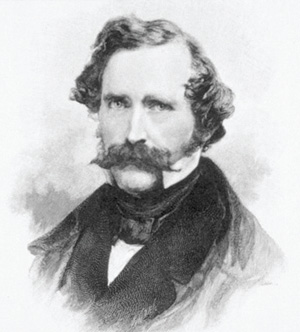 At this demonstration Dr. John Collins Warren painlessly removed a tumor from the neck of a Mr. Edward Gilbert Abbott. After finishing the operation and Abbott had regained consciousness, Warren asked Abbott how he felt. 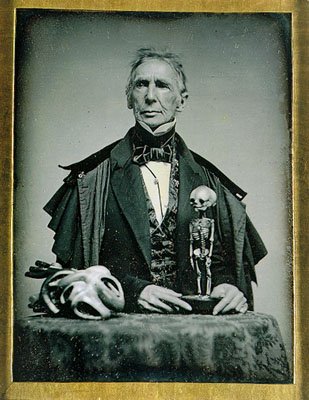 Abbott replied, “Feels as if my neck’s been scratched.”

Warren then turned to the medical audience and said:

“Gentlemen, this is no Humbug”

This was an obvious shot at an unsuccessful demonstration of nitrous oxide as a anaesthesia the year before (by Horace Wells in the same theatre), which ended with the audience shouting “Humbug!” after they heard the patient groaning with pain during the procedure.

The important thing to appreciate here is the magnitude of Morton’s achievement within in the history of medicine.

Before 16th October 1846, surgical procedures were not very pleasant affairs.

After 16th October 1846,… well, to be honest, they are still not very pleasant affairs, but at least the patient can skip most of the painful parts of an operation.

Interesting. But what does this have to do with Parkinson’s?