Something different today – but certainly keeping in line with our interest in all things Parkinson-related. As many readers will be aware, 2017 is the 200th anniversary of the first description of Parkinson’s disease by one James Parkinson (1817).

Just in time for Parkinson’s Awareness week (next week), a new book has been published that outlines the life of the great man behind the disease. This book, however, takes a very different look at James. While discussing his medical contributions, it also provides a deeper understanding of all of the ‘other stuff’ he did.

In today’s post, we have our first ever author interview.

This week ‘The Enlightened Mr. Parkinson: The Pioneering Life of a Forgotten English Surgeon’ by Cherry Lewis was published by Icon Books Ltd.

In the book, Dr Lewis provides a new angle on the life of James Parkinson: while discussing many of the medical related activities of his life as several other books have done, Lewis also provides insight into Parkinson’s interest in the geological sciences.

We have previously communicated with Dr Cherry Lewis about our interest in James Parkinson, and when we heard that her book was being published this week we reached out and asked if she would mind answering a few questions about the book.

Good soul that she is, she readily agreed.

Hi Cherry, thank you for agreeing to do this. Please introduce yourself to the readers.

And why have you written a book about James Parkinson? What was your interest in him? 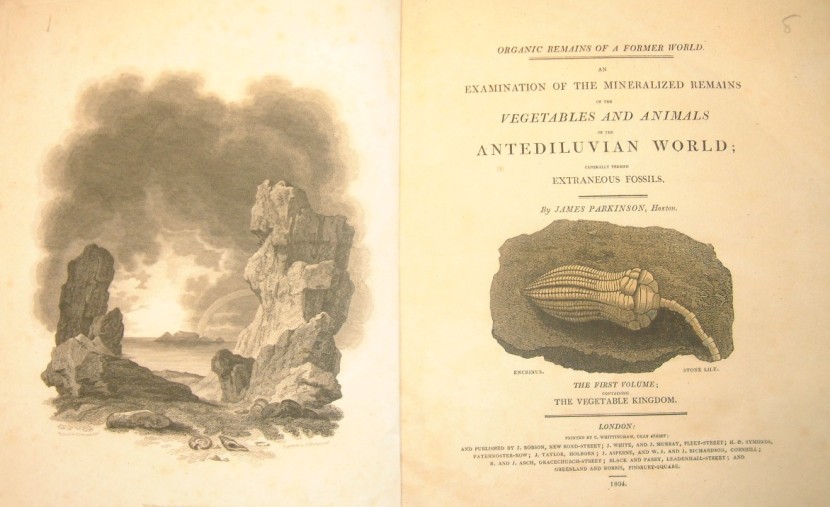 I felt Parkinson’s understanding of geology and fossils had never been properly examined and interpreted before. I wanted to put the record straight.

Were you familiar with his life story before you started?

Once I started, I realised that there were other biographies, but these tended to focus on his medical work and didn’t cover his most important work – his study of fossils – in any depth.

What surprised you in your research on JP?

That he had worked with Edward Jenner shortly after Jenner discovered the cow pox vaccine. Parkinson gave Jenner his dissecting microscope.

What was the most interesting episode in JP’s life for you personally?

The intellectual struggle he underwent between the conventional religious convictions he had been brought up with and the truth about the age and creation of the Earth that was revealed to him through fossils. Like Darwin 50 years later, the version he presented to his audience through his books was not always what he believed himself.

What aspect of JP’s life do you wish people knew more about?

Most people have no idea who James Parkinson was at all so I’ll just be happy if they have now at least heard of him. But I would really like them to know that not only did he identify Parkinson’s disease but that during his lifetime he was internationally famous for his geological work and many fossils were named in his honour. So when the Royal College of Surgeons awarded him their first Gold Medal it was not for his medical work, nor even his Essay on the Shaking Palsy, but for his ‘splendid work on Organic remains’. It is my contention that while he would have been proud to know a disease had been named in his memory, I suspect he would rather be remembered for his work on fossils.

And finally where can readers find your book?

The book is available on Amazon.

You can hear me talking about the book on BBC London’s Robert Elms show, at 1 hour 37 minutes into the programme: http://www.bbc.co.uk/programmes/p04xf5nl

Fantastic. Thank you very much for your time. I’m sure the readers will be interested in buying the book and reading more.

We here at the SoPD would also like to thank Dr Lewis for correcting us on the fact that James Parkinson was never actually a ‘Dr’.

He was simply Mr James Parkinson.

James (like his father) was trained as an apothecary (a medical practitioner who formulated and dispensed medications) and surgeon.

In the 18/19th centuries, physicians had to undergo formal university training to gain possession of a degree in medicine before they could begin to practice medicine. With this degree – a doctorate – the individual was entitled to call themselves a ‘Doctor of Medicine’ or simply Doctor (Source: Rcseng). James never went to university, and thus he is not a ‘Dr’.

An interesting fact – a fascinating read. We recommend it.