The name “oligodendrocyte” comes from the Greek.

The name was given to cells in the brain with small branches by the Spanish neuroscientist Dr Pío del Río Hortega (1882–1945): 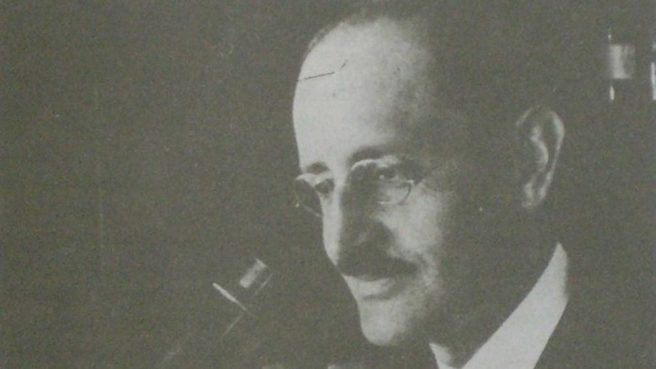 Del Río Hortega developed a staining method that allowed him to differentiate what the great Ramón y Cajal referred to as the “third element” of cells in the brain. Initially calling them “interfascicular cells”, Del Río Hortega later changed the name to oligodendroglia.

Cool. But what do oligodendrocytes do?

END_OF_DOCUMENT_TOKEN_TO_BE_REPLACED

In a recent SoPD post, we discussed research focused on levodopa-induced dyskinesias which was led by scientists from the Scripps Research Institute (Click here to read that post). The Scripps is the largest private, not-for-profit medical research facility in the United States and among the largest in the world.

It is headquartered in La Jolla, California, but interesting fact: It has a sister facility in Jupiter, Florida.

Officially opened on February 26th 2009, the establishment of the Scripps Florida campus was made possible by a one-time US$310 million federal economic development fund. The institute now survives on research grants, gifts, and contracts. In the future, some of the funding may also come from royalties generated by intelluctual property based on medical discoveries made at the facilities.

And some of those medical discoveries may involve novel ways to treat Parkinson’s.

Recently a research team led by Professor Matthew Disney published a report that takes an interesting approach towards trying to tackle Parkinson’s. 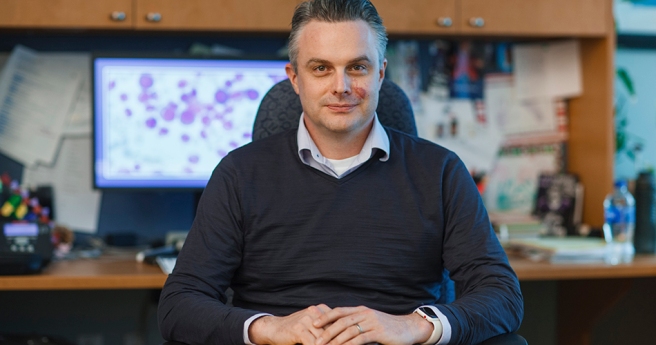 What does it involve?

END_OF_DOCUMENT_TOKEN_TO_BE_REPLACED

May 11th – In two studies published in Nature, and Nature Ecology and Evolution, scientists describe hominin remains and artefacts excavated from the Bacho Kiro Cave (in Bulgaria) that indicate early humans were present in Europe around 46,000 years ago – suggesting the species shared the continent with Neanderthals for longer than previously thought.

May 18th – A Maryland restaurant preparing to reopen amid the ongoing COVID-19 pandemic unveiled its fleet of wheeled bumper tables designed to enforce social distancing:

May 29th – South Korea re-closed 200 schools as new cases of COVID-19 spike to 79, the highest daily figure in two months.

May 30th – The age of commercial human spaceflight officially began

In May 2020, there were 782 research articles added to the Pubmed website with the tag word “Parkinson’s” attached (4565 for all of 2020 so far). In addition, there was a wave to news reports regarding various other bits of Parkinson’s research activity (clinical trials, etc).

END_OF_DOCUMENT_TOKEN_TO_BE_REPLACED

It was sad to hear of the passing away of Oleh Hornykiewicz this week.

Most readers will have little clue as to who he was, but he played a very important role in the development of the Parkinson’s treatment we know of as levodopa therapy.

Very early in the 20th century, a chemical called dopamine was discovered, but no one really knew anything about it until a young Swedish research named Arvid Carlsson started to play with it.

In 1957, Carlsson discovered that when he injected a drug called reserpine into the brains of rabbits, the animals exhibited limited ability to move. He found that reserpine depleted levels of dopamine in the brains of the rabbits. He also discovered that by injecting the dopamine precursor – levodopa (more on this below) – into those same animals, he was able to rescue their motor ability. Importantly, he found that the precursor (called 5-hydroxytryptophan) to another chemical called serotonin, it was not capable of reversing the reduction in motor ability, indicating that the effect was specific to levodopa and dopamine.

He published this amazing result in the prestigeous scientific journal ‘Nature’:

This was a fantastic discovery.

But what to do with it?

And that is where an Austrian researcher named Oleh Hornykiewicz becomes part of the story.

END_OF_DOCUMENT_TOKEN_TO_BE_REPLACED

I am not a climber (in fact, despite being rather tall, I am not very good at heights).

I certainly do not understand the mentality of people that need to climb mountains just to reach the top, particularly if they are simply following the same route as every other person climbing the same peak. And images of traffic jams in the “death zone” (above 8,000 meters) of Everest completely befuddle me.

So on the 15th April of this year when I heard about the passing of a climber named Joe Brown, I thought nothing of it… until that is, I read his story.

And more importantly his philosophy.

You see, Joe was deeply passionate about climbing and was considered one of the best by many. But for Joe it was never about getting to the top of the mountain, it was always about finding a new route up a mountain or a new way of doing something that compelled him.

This is a mentality I can appreciate.

It is also an idea that the Parkinson’s research community needs to embrace. If we are simply doing things because they are the way we have always done things, something is wrong.

Like Joe Brown, we need to be exploring new routes.

Which is why in today’s post we will be discussing PDCORE.

END_OF_DOCUMENT_TOKEN_TO_BE_REPLACED

On the 12th May, a story was posted on the online news site, STATnews.

I like STATnews (not an endorsement, just me sharing). They have lots of interesting stories covering a wide range of health and biotech topics.

But the story on the 12th May was different.

It focused on clinical study that involved just one participant – a gentleman from Southern California who was afflicated by Parkinson’s. He underwent a procedure called cell transplantation (Click here to read the STATnews story).

What is cell transplantation?

END_OF_DOCUMENT_TOKEN_TO_BE_REPLACED 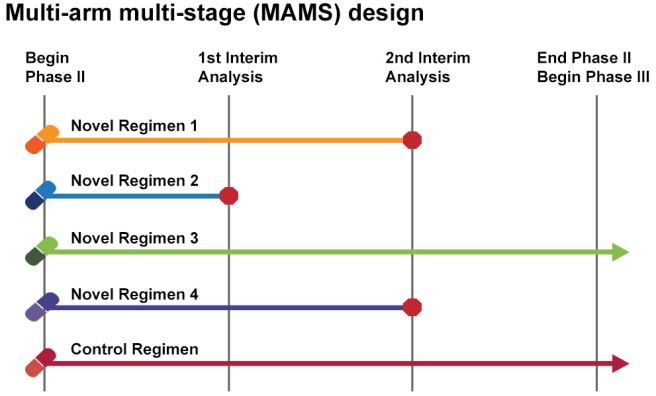 “Mum’s the word” is a popular English idiom. It refers to not talking about a particular topic.

But where on Earth did the phrase come from?!?

In writing these blog posts, I like to try and devise clever (some might fairly say silly) titles to grab the attention of the reader. But these efforts often lead to distracting deviations of curiosity about the origins of certain quotes or titles.

“Mum’s the word” is a good example. I have used the phrase a lot in the past, but never questioned its origins. Until today that is.

The first time it appears in print is in A Walk Around London and Westminster – The Works of Mr. Thomas Brown, written in 1720 (“But Mum’s the Word – for who would speak their Mind among Tarrs and Commissioners“).

The phase, however, derives from the Latin “mimus” meaning “silent actor”, which evolved into ‘mummer’ in Old English. “Mummers” were artists who performed dances, games or plays in complete silence. Curiously this tradition is still maintained in the form of the Mummers Parade, which is held each New Year’s Day in Philadelphia:

The word ‘mum’ in this context first appeared in print in William Langland’s Middle English poem “Piers Plowman” from the 1370s, and even Shakespeare has used the word ‘mum’ in his Henry VI (Part 2, Act 1, Scene 2: “Seal up your lips and give no words but mum”).

Interesting. But what has this got to do with Parkinson’s?

Like I said, it was just a silly attempt at making a cute title for this blog post.

And now, to business: Today we are going to discuss a new review exploring Multi-Arm Multi-Stage clinical trials and their potential use in Parkinson’s.

What does Multi-Arm Multi-Stage mean?

END_OF_DOCUMENT_TOKEN_TO_BE_REPLACED

Few people outside of the biomedical sciences may have heard of the Scripps Research Institute, but it is the largest private, not-for-profit medical research facility in the United States and among the largest in the world. It is headquartered in La Jolla, California but it has a sister facility in Jupiter, Florida.

Collectively, “The Scripps” has 250 laboratories, which employs over 2,400 scientists, technicians, graduate students, and administrative staff.

It was founded in 1924 by journalist/philanthropist Ellen Browning Scripps.

The Scripps covers a wide variety of area in biomedical research, but this week a group of researcher led by scientists at the Florida Scripps institute published an interesting report on Parkinson’s:

In this study, the researchers were interested in proteins that could be playing a major role in the development of dyskinesias.

END_OF_DOCUMENT_TOKEN_TO_BE_REPLACED

Here on the SoPD we often talk about research regarding the prominent Parkinson’s associated proteins, think of alpha synuclein, LRRK2 and GBA. And they are of interest as there is a great deal of activity now at the clinical level exploring agents targetting these proteins.

But there are a number of interesting therapeutics being developed that are exploring some of the other Parkinson’s-associated proteins.

A good example was published this week:

In this study, South Korean researchers demonstrated that a brain penetrating compound (including the PARKIN protein) can rescue numerous models of Parkinson’s.

Hang on a second: What is PARKIN?

END_OF_DOCUMENT_TOKEN_TO_BE_REPLACED

In April 2020, there were 976 research articles added to the Pubmed website with the tag word “Parkinson’s” attached (3340 for all of 2020 so far). In addition, there was a wave to news reports regarding various other bits of Parkinson’s research activity (clinical trials, etc).