During visits to the ancient Roman city of Pompeii (in Italy), tourists are often drawn by their innocent curiosity to the ‘red light’ district of the city. And while they are there, they are usually amused by the ‘descriptive’ murals that still line the walls of the buildings in that quarter.

So amused in fact that they often miss the beetroots.

I’m not suggesting that anyone spends a great deal of time making a close inspection of the walls, but if you look very carefully, you will often see renditions of beetroots.

They are everywhere. For example: 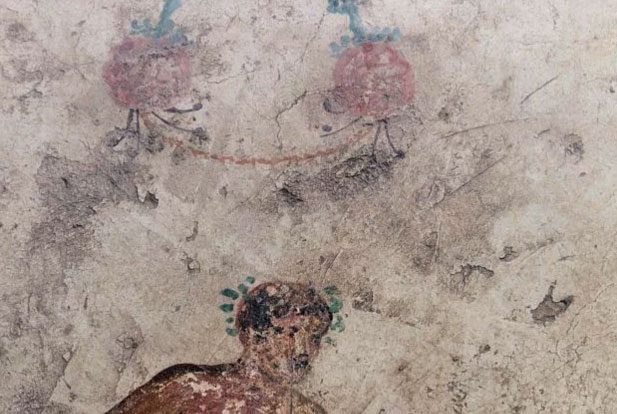 Two beetroots hanging from the ceiling.

The Romans considered beetroot to be quite the aphrodisiac, believing that the juice ‘promoted amorous feelings’. They also ate the red roots for medicinal purposes, consuming it as a laxative or to cure fever.

And this medicinal angle lets me segway nicely into the actual topic of today’s post. You see, in the modern era researcher are hoping to use beetroot for medicinal purposes again. But this time, the beetroot will be used to solve an issue close to my heart: treating people with Parkinson’s in the developing world.