During the last 20 years, we have identified numerous sections of DNA (these regions are called genes) where small errors in the genetic coding (mutations or variants) can result in an increased risk of developing Parkinson’s disease. As the graph below indicates, mutations in some of these genes are very rare, but infer a very high risk, while others are quite common but have a low risk of Parkinson’s disease. 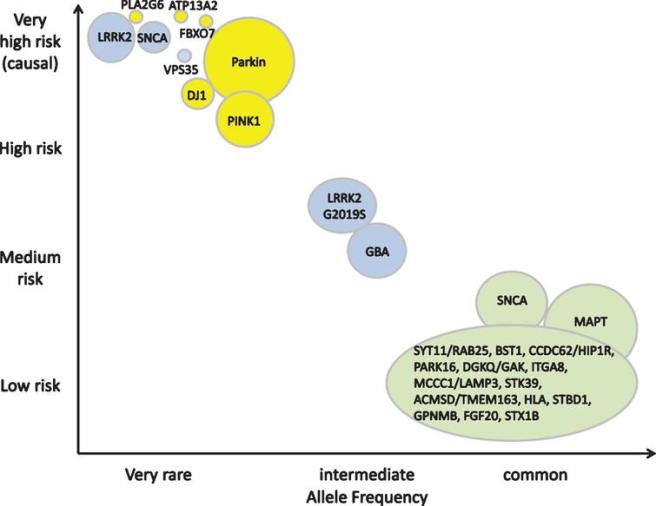 The genetics of PD. Source: Journal of Parkinson’s disease

Importantly, all of these genes provide the instructions for making a protein – which are the functional parts in a cell. And each of these proteins have specific roles in biological processes. These functions tell us a little bit about how Parkinson’s disease may be working. Each of them is a piece of the jigsaw puzzle that we are trying to finish. As you can see in the image below, many of the genes mentioned in the graph above give rise to proteins that are involved in different parts of the process of autophagy – or the waste disposal system of the cell. You may notice that some proteins, like SCNA (otherwise known as alpha synuclein), are involved in multiple steps in this process. 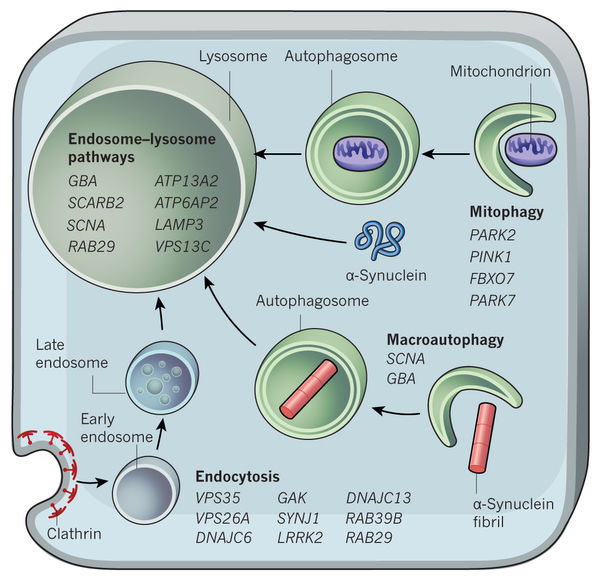 The process of autophagy. Source: Nature

In today’s post we are going to look at new research regarding just one of these genes/proteins. It is called DJ-1, also known as Parkinson disease protein 7 (or PARK7).