The title of this post comes is from a quote by Caterina Fake (co-founder of Flickr and Hunch (now part of Ebay)), but it seemed appropriate.

This post is all about dreaming big (curing Parkinson’s), the struggle to get the research right, and to create a biotech company: Prevail Therapeutics.

What is Prevail Therapeutics?

Prevail is a gene therapy biotech firm that was founded in 2017.

The company was founded by Dr Asa Abeliovich: 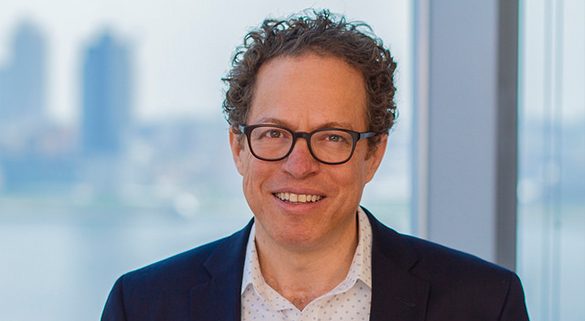 It was set up in a collaborative effort with The Silverstein Foundation for Parkinson’s with GBA (Click here to read a previous SoPD post about this organisation) and OrbiMed (a healthcare-dedicated investment firm).

What does Prevail Therapeutics do?

END_OF_DOCUMENT_TOKEN_TO_BE_REPLACED

This is Jonathan Silverstein.

He is also a General Partner and a Co-Head of Global Private Equity at OrbiMed – the world’s largest fully dedicated healthcare fund manager. During his time at OrbiMed, the company has invested in healthcare companies that have been involved with over 60 FDA approved products.

In February 2017, he was diagnosed with Parkinson’s disease at just 49 years of age.

Rather than simply accepting this diagnosis, however, Mr Silverstein decided to apply the skills that he has built over a long and successful career in funding biotech technology, and in March 2017, he and his wife, Natalie, set up the Silverstein Foundation.

They raised $6 million from donors and then provided another $10 million of their own money to fund the endeavour, which has funded a dozen research projects and started a new company called Prevail Therapeutics (we’ll come back to this shortly).

The foundation has just one mission: “to actively pursue and invest in cutting edge research with the goal of discovering new therapies for the treatment of Parkinson’s Disease in GBA mutation carriers”

And it seeks to address this by achieving three goals: