With 200,000+ inhabitants, Rostock was the third largest coastal city in Germany (after Kiel and Lübeck). The city lies on the estuary of the River Warnow in the Bay of Mecklenburg.

Each year, during the second weekend in August, Rostock holds one of the largest yachting events in the world: The Hanse Sail. It is a maritime celebration which attracts more than a million visitors and traditional sailing boats from all over the world.

Rostock is also home to a company called Centogene.

What does Centogene do?

In 2006, neurologist Arndt Rolfs wanted to speed up the diagnosis of rare diseases. To do this, he founded Centogene. The company now has more than 300 employees and has built up one of the world’s largest data repository for genetic information on rare hereditary diseases. It sells genetic testing products and helps pharmaceutical firms develop new drugs for rare conditions.

It is also an instrumental part of a new Parkinson’s research project called ROPAD.

END_OF_DOCUMENT_TOKEN_TO_BE_REPLACED

You may have hear of him – he was one of the founders of a small company called “Google”.

Having changed the way the world searches the internet, he is now turning his attention to other projects.

One of those other projects is close to our hearts: Parkinson’s.

END_OF_DOCUMENT_TOKEN_TO_BE_REPLACED

Denali (Koyukon for “the high one”; also known as Mount McKinley) in Alaska is the highest mountain peak in North America, with a summit elevation of 20,310 feet (6,190 m) above sea level. The first verified ascent to Denali’s summit occurred on June 7, 1913, by four climbers Hudson Stuck, Harry Karstens, Walter Harper, and Robert Tatum. 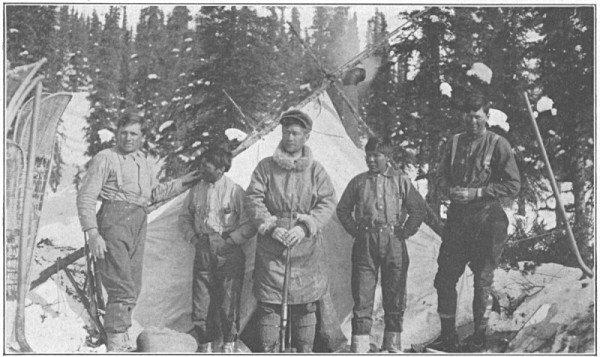 Robert Tatum later commented, “The view from the top of Mount McKinley is like looking out the windows of Heaven!”

More recently another adventurous group associated with ‘Denali’ have been trying to scale lofty heights, but of a completely different sort from the mountaineering kind.

END_OF_DOCUMENT_TOKEN_TO_BE_REPLACED

I recommend to the reader that today’s post should be read with the following music playing in the background:

Inspired by a poem of the same title, English composer Ralph Vaughan Williams wrote ‘The Lark Ascending’ in 1914. It is still to this day, a tune that remains a firm favourite with BBC listeners here in the UK (Source).

While the music and the poem are about a songbird, today’s SoPD post deals with a different kind of Lark.

Or should I say LRRK.

He was one of the founders of a small company you may have heard of – it’s called “Google”.

Having changed the way the world searches the internet, he is now turning his attention to other projects.

One of those other projects is close to our hearts: Parkinson’s disease.

END_OF_DOCUMENT_TOKEN_TO_BE_REPLACED

So this is likely to be the shortest post in SoPD history.

Because there is nothing to talk about.

There is simply no Parkinson’s-related research on the topic of today’s post: Pterostilbene. And that is actually a crying shame, because it is a very interesting compound.

Stilbenoids are a large class of compounds that share the basic chemical structure of C6-C2-C6:

Resveratrol is a good example of a stilbenoid. Source: Wikipedia

Stilbenoids are phytoalexins (think: plant antibiotics) produced naturally by numerous plants. They are small compounds that become active when the plant is under attack by pathogens, such as bacteria or fungi. Thus, their function is generally considered to part of an anti-microbial/anti-bacterial plant defence system for plants.

The most well-known stilbenoid is resveratrol which grabbed the attention of the research community in a 1997 study when it was found to inhibit tumour growth in particular animal models of cancer:

END_OF_DOCUMENT_TOKEN_TO_BE_REPLACED 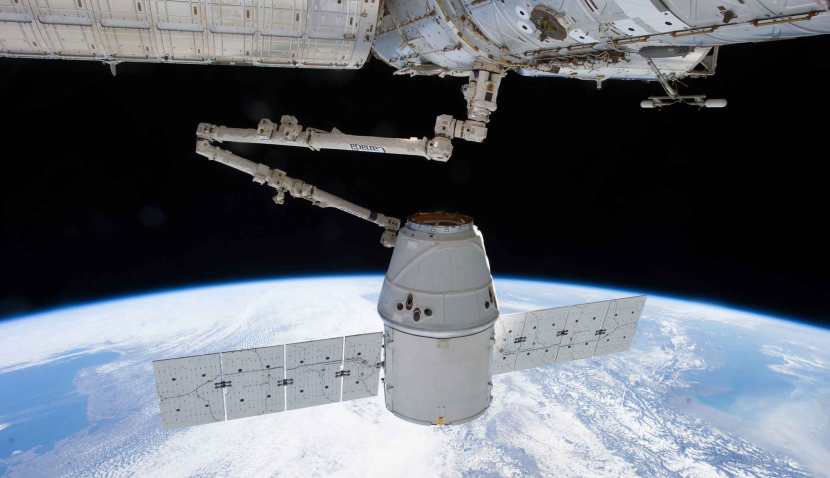 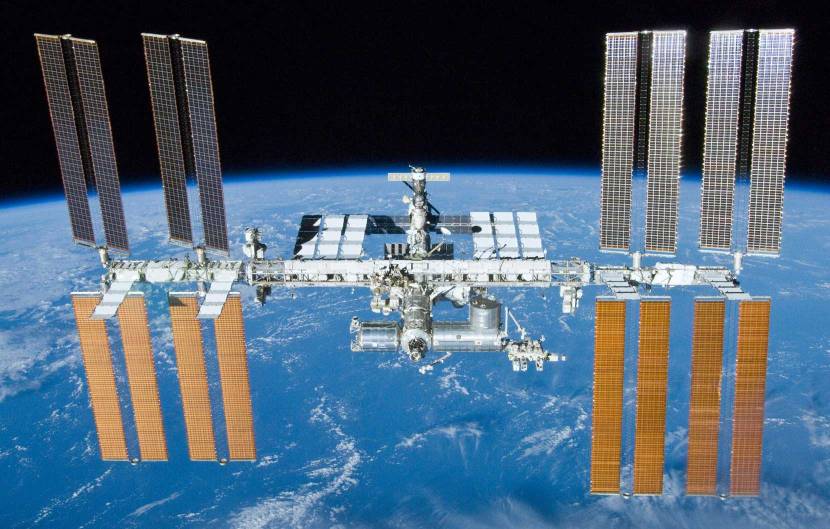 When you look up at the sky tonight – if you look for long enough – you may well see a bright little object hurtling across the sky (Click here to learn more about how to track the International Space Station). Know that inside that bright little object passing over you there is currently some Parkinson’s disease-related research being conducted.

What is the International Space Station?

The International Space Station (or the ISS) is the largest human-made object that we have ever put into space. It is so big in fact that you can see it with the naked eye from Earth.

(How’s that for exciting viewing?)

The size of the the ISS compared to a Boeing Jumbo jet. Source: Reddit

First approved by President Ronald Reagan in 1984, it was not until November 1998 that the first components of the International space station were first launched into orbit. 36 shuttle flights were made to help build the station. The first crew members took up residence on the 2nd November 2000, and the station was completed in 2011. There is always 6 crew members on board – the current team are Expedition 52 – and it has been visited by 220 astronauts, cosmonauts and space tourists from 17 different nations since the project began.

END_OF_DOCUMENT_TOKEN_TO_BE_REPLACED

In the mid 1980’s James Leverenz and Mark Sumi of the University of Washington School of Medicine (Seattle) made a curious observation.

What the two researchers found shocked them:

Of the 40 Alzheimer’s disease brains that they looked at nearly half of them (18 cases) had either dopamine cell loss or Lewy bodies – the characteristic features of Parkinsonian brain – in a region called the substantia nigra (where the dopamine neurons are located). They next went back and reviewed the clinical records of these cases and found that rigidity, with or without tremor, had been reported in 13 of those patients. According to their analysis 11 of those patients had the pathologic changes that warranted a diagnosis of Parkinson’s disease.

And the most surprising aspect of this research report: Almost all of the follow up studies, conducted by independent investigators found exactly the same thing!

It is now generally agreed by neuropathologists (the folks who analyse sections of brain for a living) that 20% to 50% of cases of Alzheimer’s disease have the characteristic round, cellular inclusions that we call Lewy bodies which are typically associated with Parkinson disease. In fact, in one analysis of 145 Alzheimer’s brains, 88 (that is 60%!) had chemically verified Lewy bodies (Click here to read more about that study).

A lewy body (brown with a black arrow) inside a cell. Source: Cure Dementia

Oh, and if you are wondering whether this is just a one way street, the answer is “No sir, this phenomenon works both ways”: the features of the Alzheimer’s brain (such as the clustering of a protein called beta-amyloid) are also found in many cases of pathologically confirmed Parkinson’s disease (Click here and here to read more about this).

So what are you saying? Alzheimer’s and Parkinson’s disease are the same thing???

END_OF_DOCUMENT_TOKEN_TO_BE_REPLACED

Having brought us ‘Google’, he is now turning his attention to other projects.

One of these other projects is close to our hearts: Parkinson’s disease.

Both Sergey and his mother have had their genome scanned for mutations that increase the risk of Parkinson’s disease. And both of them discovered that they were carrying a mutation on the 12th chromosome, in a gene called Leucine-rich repeat kinase 2 or Lrrk2.

Not everyone with this particular mutation will go on to develop Parkinson’s disease, but Sergey has decided that his chances are 50:50. Being one of the founders of a large company like Google, however, has left Sergey with resources at his disposal. And he has chosen to focus some of those resources on Lrrk2 research (call it an insurance  policy).

Today, the fruits of some of that research has been published and the results are really interesting:

So what is Lrrk2?

Also known as dardarin (Basque for ‘trembling‘), Lrrk2 is a gene in our DNA that is responsible for making an enzyme. That Lrrk2 enzyme is involved in many different aspects of cell biology. From cellular remodeling and moving (‘trafficking’) various proteins around in the cell, to protein degradation and stabilization, Lrrk2 has numerous roles.

Curiously, mutations in Lrrk2 are also associated with increased risk of Crohn’s disease and cancer.

Given the association with Parkinson’s disease, there have been attempts to develop inhibitors of Lrrk2 as a means of treating the condition. These efforts, however, have been hampered by a poor agreement as to which proteins are interacting with Lrrk2.

The goal of the current study was to identify the key proteins that Lrrk2 acts upon.

What did they discover?

Using various techniques to accomplish their task, the scientists began with 30,000 possible targets and gradually whittled that number down to a small group of Lrrk2 targets.

Most importantly, they found that Lrrk2 is deactivating certain proteins that are called ‘Rabs’. The Rab family are heavily involved with trafficking (and that’s not the mafia drug variety!). Trafficking in cells in moving proteins around within the cell itself. And Lrrk2 was found to deactivate 4 Rab family members (3, 8, 10 and 12).

This is a very important result as not only does it provide us with novel Lrrk2 targets, but it also offers us an excellent tool with which we can determine if Lrrk2 inhibitors are actually working  – a functioning Lrrk2 inhibitor will lower the activity of Rab 3, 8 10 & 12 and this can be measured.

The results represent a major leap forward in our understanding of Lrrk2 and a significant return on investment for one Mr Sergey Brin.