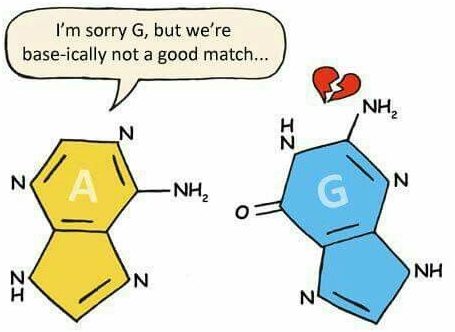 My daughter is entering the pre-teen years, and I am struggling with all the horrors that that age brings.

Having survived the ‘Terrible Twos’ and the ‘Three-nager’ phase, I have absolutely adored innocence and magic of years 4 to 8. They were delightful. The ninth year, however, has brought with it the ominous arrival of (for lack of a better word) sass.

It has also involved a departure from the childhood songs (think Disney’s Lion King, Frozen, or Moana hits), and the introduction of more modern music, like her current favourite Meghan Trainor’s All about that Bass (see video above).

But Meghan’s song provides an appropriate background for the subject matter of today’s post: Base excision repair

What is Base excision repair?

END_OF_DOCUMENT_TOKEN_TO_BE_REPLACED

2.  (From biology) The process that removes the intervening, non-coding sequences of genes (introns) from pre-mRNA and joins the protein-coding sequences (exons) together in order to enable translation of mRNA into a protein:

Ok, so the first alternative definition about music I understood and the video was helpful, but can you explain the second definition in more detail please?

END_OF_DOCUMENT_TOKEN_TO_BE_REPLACED

Not the same. Source: AutismBlog.

But the funny thing about identical twins is that in 100% of cases they aren’t identical.

Yeah sure, they initially share exactly the same DNA, but the further they get away from that magically moment of conception, the less alike they are.

And we’re not talking about personality or likes/dislikes here.

As biological organisms twins diverge significantly after conception and as the age through life. But if they share the same DNA – the same genetic blueprint – how are these difference possible?

The answer to this question may lie in epigenetics.

END_OF_DOCUMENT_TOKEN_TO_BE_REPLACED 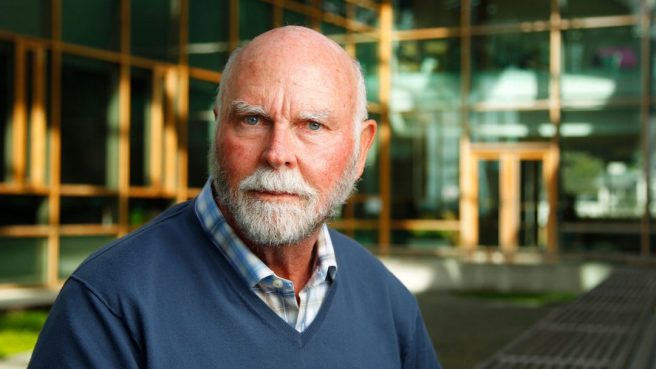 In June 2000, when the results of the first human genome sequencing were announced during a ceremony at the White House, the DNA sequencing pioneer Prof Craig Venter observed that “The concept of race has no genetic or scientific basis“.

He was suggesting that due to genetic variations among human individuals and populations, the term ‘race’ cannot be biologically defined. There was simply no evidence that the broad groups we commonly refer to as “races” have any distinct or unifying genetic identities (Click here for interesting additional reading on this).

Prof Venter’s words were a powerful statement regarding the incredible variability within our genetic make up.

And that variability is even more remarkable considering that we are all 99.9 percent genetically identical.

So how do we explain the variability then?

END_OF_DOCUMENT_TOKEN_TO_BE_REPLACED 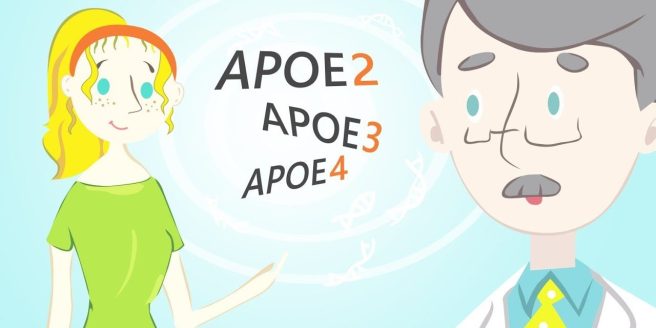 When I say the word ‘mutant’, what do you think of?

Perhaps your imagination drifts towards comic book superheroes or characters in movies who have acquired amazing new super powers resulting from their bodies being zapped with toxic gamma-rays or such like.

Alternatively, maybe you think of certain negative connotation associated with the word ‘mutant’. You might associate the word with terms like ‘weirdo’ or ‘oddity’, and think of the ‘freak show’ performers who used to be put on display at the travelling carnivals. 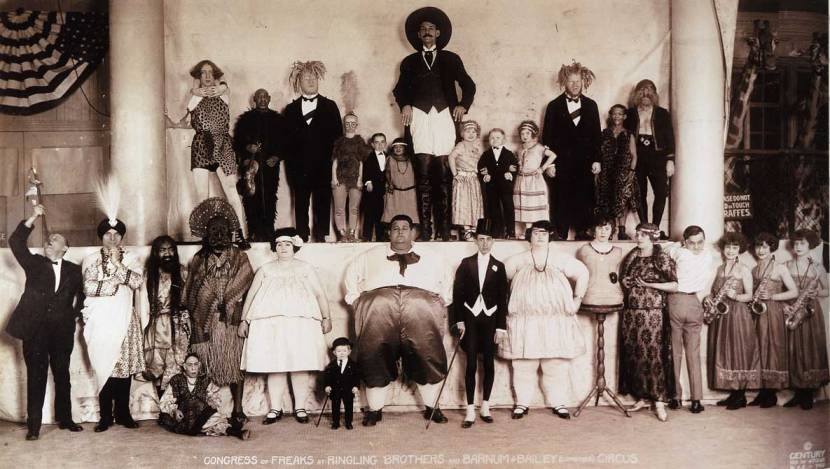 In biology, however, the word ‘mutant’ means something utterly different.

What does ‘mutant’ mean in biology?

END_OF_DOCUMENT_TOKEN_TO_BE_REPLACED

Every year members of the American Association of Neurological Surgeons gather together in one spot and compare data/research/clinical notes.

From Saturday 13th April through till Wednesday 17th, clinicians and researchers attended lectures and discussed new data on every aspect of neurological surgery. While I did not (nor planned to) attend the meeting, I was very interested to learn more about one particular presentation.

It involved the announcement of the results of a clinical trial which was focused on a gene therapy approach for Parkinson’s.

The treatment involved GDNF (Click here to read the abstract).

END_OF_DOCUMENT_TOKEN_TO_BE_REPLACED

Professor George Church is a person most readers will have never heard of.

He is the Robert Winthrop Professor of Genetics at Harvard Medical School and Professor of Health Sciences and Technology at Harvard and MIT, and was a founding member of the Wyss Institute for Biologically Inspired Engineering at Harvard.

He has co-author of over 500 academic papers, 143 patents and co-founded 22 biotech companies. In addition, he has participated in technology development, advising most of the major Genetic Sequencing companies, and he has been at the forefront of genetic research since the 1980s when he was involved with setting up the Human Genome Project.

His impact in the world of genetics has been tremendous.

But Prof Church is also something of a maverick. A left-field thinker. A disrupter.

He is a great supporter of open access genome sequencing and shareable human medical data. He is also keen to bring back extinct species, such as the Woolly Mammoth (Click here for more on this idea).

The return of the woolly mammoth. Source: Phys

Most recently, however, his name has been associated with a new company called Nebula Genomics.

What does Nebula Genomics do?

END_OF_DOCUMENT_TOKEN_TO_BE_REPLACED

Remember them. Way back before Netflix. When life was sooo much easier.

You know what I’m talking about.

Back when biology was simple. Remember when DNA gave rise to RNA and RNA gave rise to protein, and that was it. Simpler times they were. Now, everything is so much more complicated. We have all manner of ‘regulatory RNA’, epigentics, splice variants, and let’s not get started on the labyrinthian world of protein folding.

Oh, how I long for the good old days.

Back when a cell could only die one of two ways: apoptosis (a carefully controlled programmed manner of death) and necrosis (cell death by injury):

Now life is too complicated and complex beyond reason or imagination.

Let’s just take the example of cell death that I mentioned above: over the past decade, the Nomenclature Committee on Cell Death (or NCCD – I kid you not there is actually a committee for this) has written up guidelines for the definition/interpretation of ‘cell death’. And as part of that effort they have decided that there are now at least 12 (yes, 12) different ways a cell can die:

For those of who are interested in reading more about all of these different kinds of cell death, click here to read NCCD committee’s most recent recommendations which were updated this year (2018). Some riveting betime reading.

Which form of cell death applies to Parkinson’s?

One that has been studied and the source of debate for a very long time.

To be fair, we don’t really know. But fascinating new research published this week suggests that the Parthanatos pathway could be involved in the cell death associated with Parkinson’s.

END_OF_DOCUMENT_TOKEN_TO_BE_REPLACED

When I say the word ‘mutant’, what do you think of?

Perhaps your imagination drifts towards comic book superheroes or characters in movies who have acquired amazing new super powers resulting from their bodies being zapped with toxic gamma-rays or such like.

Alternatively, maybe you think of certain negative connotation associated with the word ‘mutant’. You might associate the word with terms like ‘weirdo’ or ‘oddity’, and think of the ‘freak show’ performers who used to be put on display at the travelling carnivals.

In biology, however, the word ‘mutant’ means something utterly different.

What does ‘mutant’ mean in biology?

END_OF_DOCUMENT_TOKEN_TO_BE_REPLACED 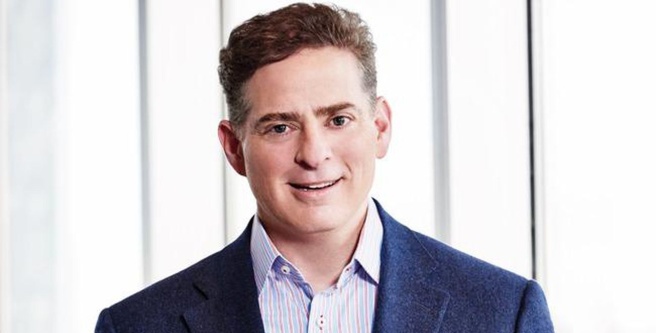 This is Jonathan Silverstein.

He is also a General Partner and a Co-Head of Global Private Equity at OrbiMed – the world’s largest fully dedicated healthcare fund manager. During his time at OrbiMed, the company has invested in healthcare companies that have been involved with over 60 FDA approved products.

In February 2017, he was diagnosed with Parkinson’s disease at just 49 years of age.

Rather than simply accepting this diagnosis, however, Mr Silverstein decided to apply the skills that he has built over a long and successful career in funding biotech technology, and in March 2017, he and his wife, Natalie, set up the Silverstein Foundation.

They raised $6 million from donors and then provided another $10 million of their own money to fund the endeavour, which has funded a dozen research projects and started a new company called Prevail Therapeutics (we’ll come back to this shortly).

The foundation has just one mission: “to actively pursue and invest in cutting edge research with the goal of discovering new therapies for the treatment of Parkinson’s Disease in GBA mutation carriers”

And it seeks to address this by achieving three goals: