Before my 27th birthday, I could run around all over the place – acting like an idiot, with all the energy in the world. I was invincible and having lots of fun. And yes, some vices might have been involved – I would drink myself blind on a Friday night, wake up fresh the next day and do it all merrily again.

But then, my 27th birthday came along and I woke up the next day tired and feeling… fatigued. Weary even. And definitely with less enthusiasm than I had before I passed out the night before. My father called it a “hang-over” (which up until that time I had naively/idiotically thought I was immune to). 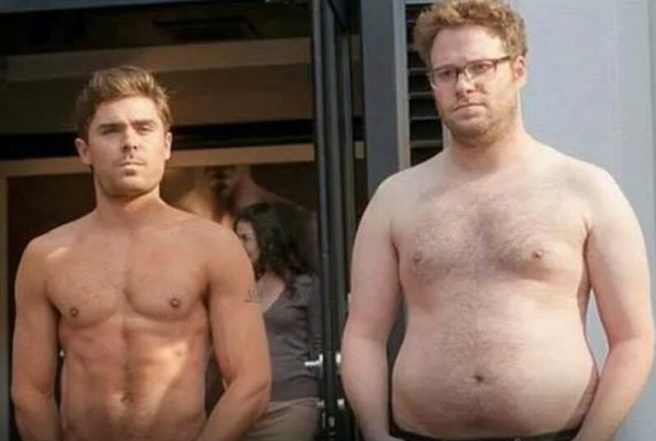 But I gradually developed this sinking feeling that it was something else.

It was as though something had changed. Something inside of me.

And I distinctly remember a moment of realisation, when I asked “Am I getting old???”

My father saw my concern and gave me sage advice (“It’s like I always say, aging ain’t for sissies“), and with that I changed my ways.

Since that moment, I have been fascinated by the biology of aging, particularly in the context of Parkinson’s (age is the main correlate with neurodegenerative conditions like Parkinson’s and Alzheimer’s). So it was with great interest that I read a manuscript in November last year that had been posted on the openly-available preprint database bioRxiv.

What did the manuscript say?

END_OF_DOCUMENT_TOKEN_TO_BE_REPLACED

Dubstep is a genre of electronic dance music that originated in South London in the late 1990s. Only recently -in the 2010s – has the culture really become more mainstream. And while I have a hard time appreciating the heavy bass music (man, I am becoming a grumpy old man before my time), it is amazing to watch some of the dancers who robotically embody this form of music:

The guy on the right is named Marquese Scott. Sometimes he simply defies the laws of physics.

The title of today’s post is a play on words, because rather than doing ‘Dubstep’ we are going to be discussing how to ‘DUB-stop’.

Researchers in Oxford have recently signed an agreement with a US company to focus resources and attention on a new approach for tackling neurodegenerative conditions, including Parkinson’s.

What they are proposing is a complicated biological dance.

What are deubiquitinating enzymes?

END_OF_DOCUMENT_TOKEN_TO_BE_REPLACED

You get what you pay for. Source: DDR

END_OF_DOCUMENT_TOKEN_TO_BE_REPLACED

As many people within the Parkinson’s community will be aware, 2017 represented the 200th anniversary of the first report of Parkinson’s disease by James Parkinson.

In 2018, we will be observing the 20th anniversary of the second genetic variation associated with Parkinson.

That gene is called PARKIN: 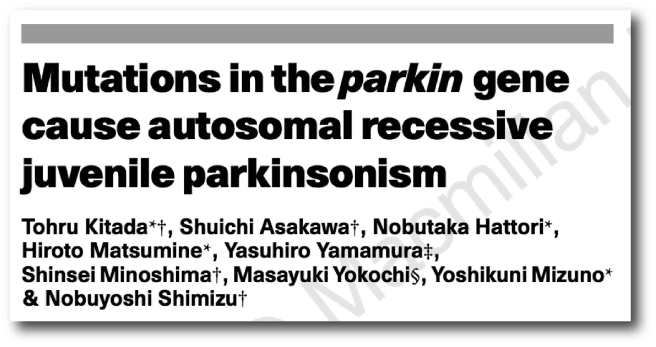 In 1998, Japanese researchers published this report based on 5 individuals from 4 Japanese families who were affected by juvenile-onset Parkinson’s. In family 1, the affected individual was a female, 43 years old, born of first-cousin parents, and her two younger brothers are healthy. Her condition was diagnosed in her teens and it had then progressed very slowly afterwards. Her response to L-dopa was very positive, but L-dopa-induced dyskinesia were frequent. In family 2-4, affected individuals (born to unrelated parents) exhibited very similar clinical features to the subject in family 1. The age of onset was between 18 to 27 years of age.

Using previous research and various techniques the investigators were able to isolate genetic variations that were shared between the 5 affected individuals. They ultimately narrowed down their search to a section of DNA containing 2,960 base pairs, which encoded a protein of 465 amino acids.

They decided to call that protein PARKIN.

How much of Parkinson’s is genetic?