So, what happened during August 2018?

August 31st – Joe Giaglia, director of California Skateparks, who had previously made a x12.5 scale replica of a skate board finally got it certified by Guinness World Records as the largest in the world.

In August 2018, there were 679 research articles added to the Pubmed website with the tag word “Parkinson’s” attached (5372 for all of 2018 so far). In addition, there was a wave to news reports regarding various other bits of Parkinson’s research activity (clinical trials, etc).

1. The Genetics of Parkinson’s

Researchers made available a report outlining a study in which they analysed DNA from 37,700 cases of Parkinsons & 1.4 million (!?!) controls and find 92 genetic risk factors for PD – 39 of them completely novel! Analysis of biological pathways associated with the data finds “6 annotations were related to vacuolar functionality and autophagy, 3 pathways for endosomal trafficking, 2 pathways for catabolism related functions, & 2 lysosomal pathways”. Despite all of this new data, however, these 92 genetic risk factors only account for less than 20% of cases of Parkinson’s (Click here to read more about this and click here to read a SoPD post on this topic).

Researchers announced the discovery of the ‘Electromagnetic perceptive gene’ (EPG) which they isolated from glass catfish. It encodes a protein that responds to electromagnetic fields. The researchers then inserted the DNA into motor cortex of rats and found that they could remotely induce motor evoked responses. Such technology could have big implications for deep brain stimulation of Parkinson’s in the future (Click here to read more about this, click here to read the press release, and click here to read a SoPD post on this topic).

3. Taking the  STING out of Parkinson’s

Researchers found that the removal of a protein called ‘Stimulator of interferon genes’ (or STING) reduces inflammation mediated by mitochondrial stress and protects mice with Parkinson’s assoicated genetic mutations (PINK1 or PARKIN). The researchers report that a strong inflammatory state in both PARKIN mutant mice and PINK1 mutant mice following exhaustive exercise (the mice ran until they could not run any more). Inflammation resulting from the exhaustive exercise was completely rescued by concurrent loss of STING. An interesting target for novel therapies? (Click here to read more about this and click here for an editorial on this report). 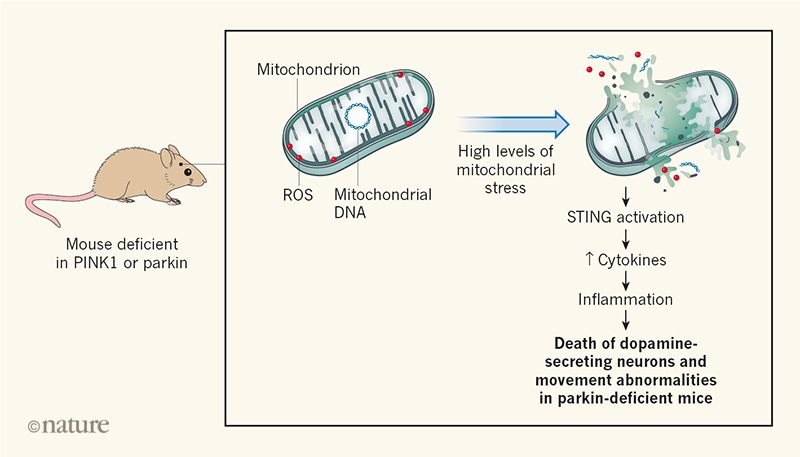 In silico drug screening for PD (using genome-wide association study data) by Japanese researchers identifies 57 FDA approved drugs that could be useful for Parkinson’s. These drugs included dabrafenib – an anti-melanoma drug. The investigators then demonstrated that Dabrafenib could rescue both cell & mouse models of Parkinson’s. This result is interesting, because there is a curious connection between Parkinson’s and melanoma: People with Parkinson’s in general have a reduced risk of developing all known cancers except one – take a wild guess which one? People with Parkinson’s are 4 to 8 times more likely to have melanoma than people without Parkinson’s. So it is interesting that a melanoma-targeting drug displays beneficial effects in models of Parkinson’s (Click here to read more about this and click here for the press release).

5. Is Alpha Synuclein LRRKing around?

New research suggests that LRRK2, a Parkinson’s-associated protein, modulates the propagation & trafficking of another PD-associated protein: alpha-synuclein (via phosphorylation of RAB35). A new class of drugs (which are currently being tested) called LRRK2 inhibitors slowed the propagation in cell & animal models of Parkinson’s (Click here to read more about this). 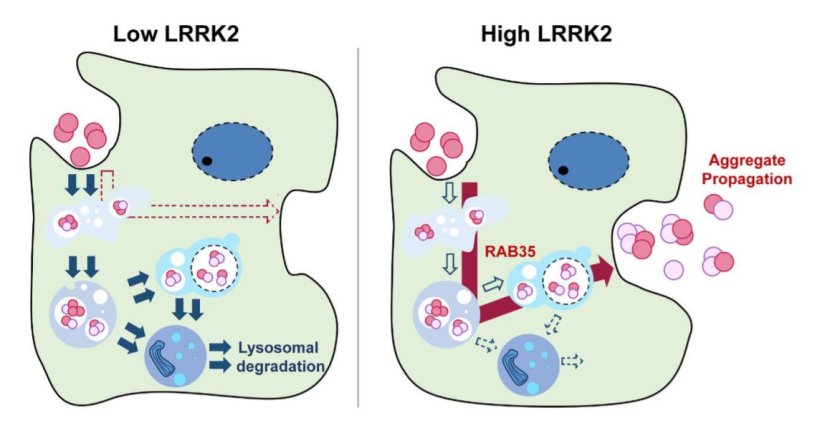 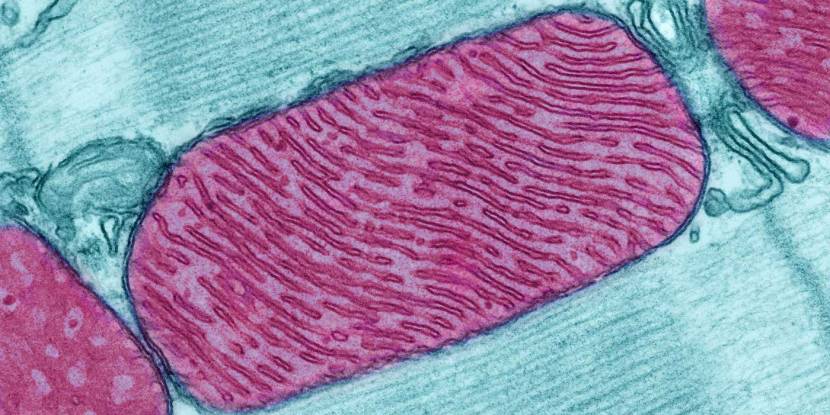 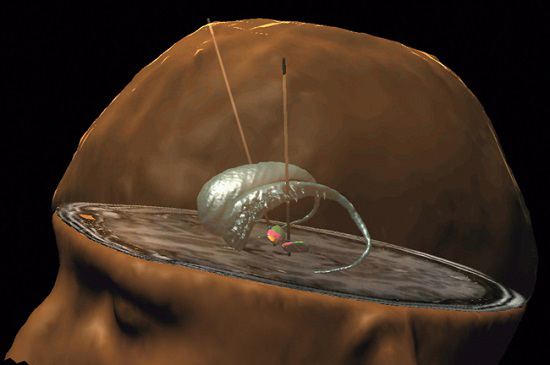 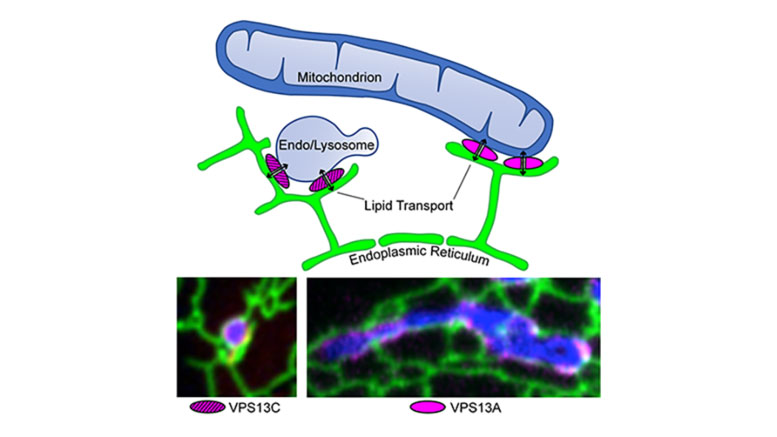 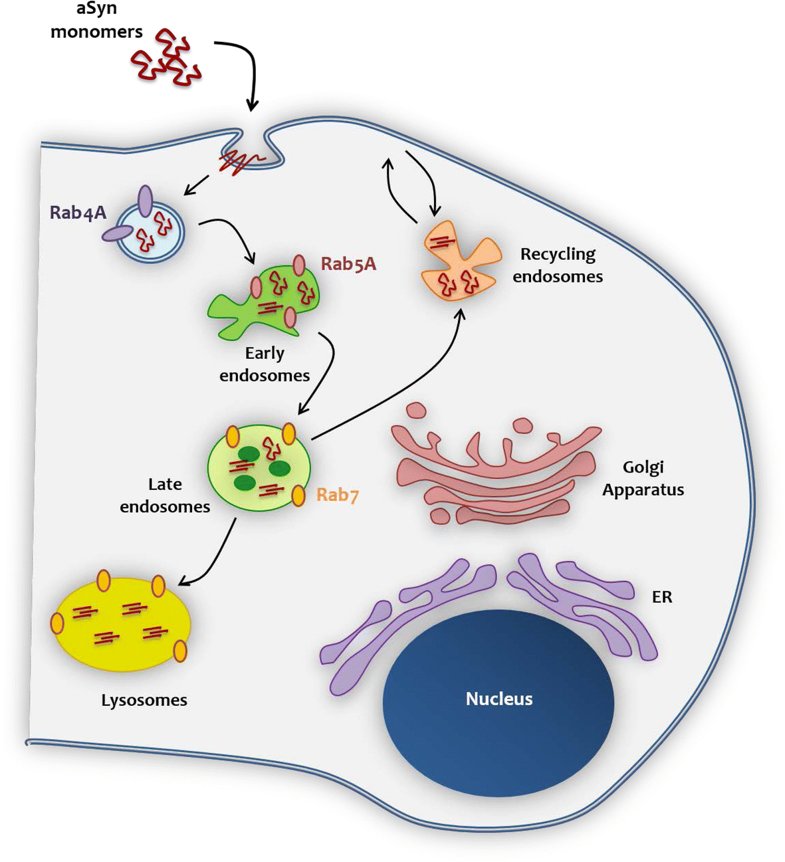 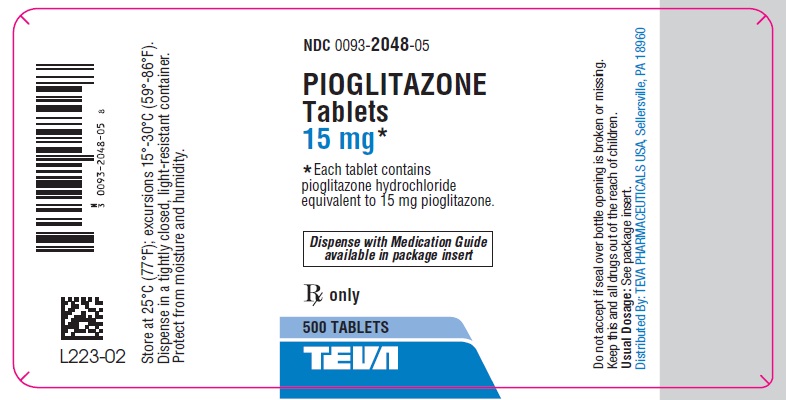 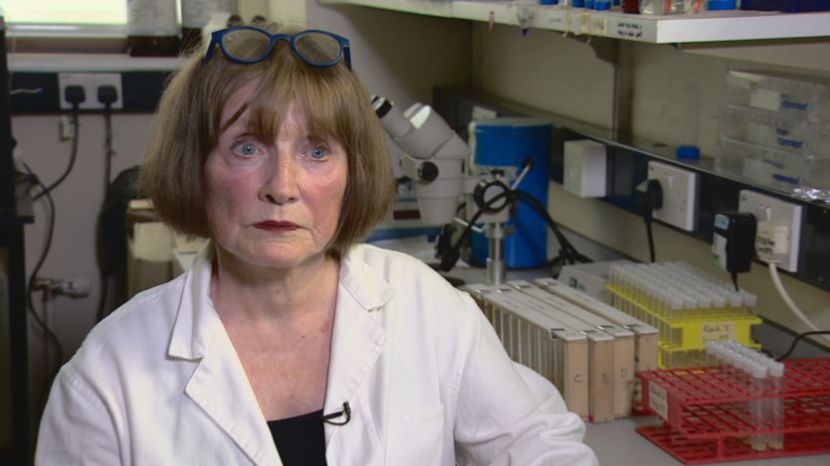 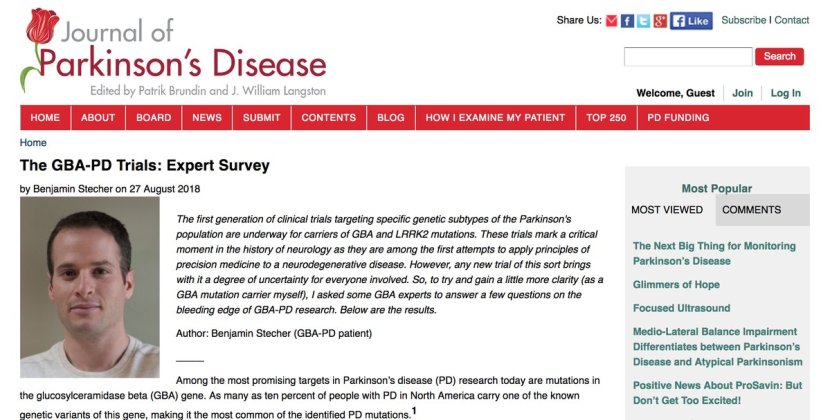 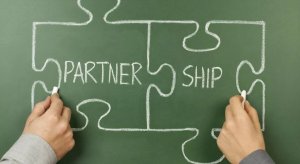 And there it is, just some of the highlights from August 2018 – another very busy month of Parkinson’s research. Hopefully there will be bits and pieces of interest for everyone in the list. Much of the material used here was collected from the Science of Parkinson’s Twitter feed (and there is a lot more posted there each day).

And now: on to September!