Getting a diagnosis of Parkinson’s can be a tricky thing.

For many members of the affected community, it is a long and protracted process.

Firstly, there will be multiple visits with doctors and neurologists (and perhaps some brain imaging) until one is finally given a diagnosis of PD. There are a number of conditions that look very similar to Parkinson’s, which must be ruled out before a definitive diagnosis can be proposed.

But even after being diagnosed, there are a group of conditions that look almost identical to Parkinson’s. And many people will be given a diagnosis of Parkinson’s before they are then given a corrected diagnosis of one of these other conditions.

Can you give me an example of one of these other conditions?

Sure. A good example is multiple systems atrophy.

END_OF_DOCUMENT_TOKEN_TO_BE_REPLACED

If I were to tell you that there exists a miraculous elixir derived from the saliva of a monster and it may aid us in the treatment of Parkinson’s disease, would you think me mad?

In 1974, a small study was published in the Journal of Chronic Diseases that presented a rather startling set of results:

In the study, Lipman and colleagues conducted some routine glucose tolerance tests on a group of 56 people with Parkinson’s Disease (7 additional subjects with Parkinson’s were excluded because they had been previously diagnosed with diabetes).

After being asked to fast overnight, the  subjects were then given 100g of glucose and blood samples were collected from them every hour for 3 hours. When the glucose levels in the blood were measured and compared with the results of 5 previous studies conducted on normal healthy adults of the same age (one of those studies involved 7000 participants), it was found that the people with Parkinson’s disease in the Lipman study had a much higher average level of glucose in their blood than all of the other 5 studies looking at healthy individuals.

Shockingly, almost half (46.4%) of the participants in the Lipman study actually fulfilled the criteria for a diagnosis of diabetes.

More recent survey data has revealed that diabetes is established in between 8–30% of people with Parkinson’s disease (click here for more on this) – obviously this is in excess of the approximately 6% prevalence rate in the general public (Source: DiabetesUK).

‘Diabetes mellitus’ is what we commonly refer to as diabetes. It is basically a group of metabolic diseases that share a common feature: high blood sugar (glucose) levels for a prolonged period. 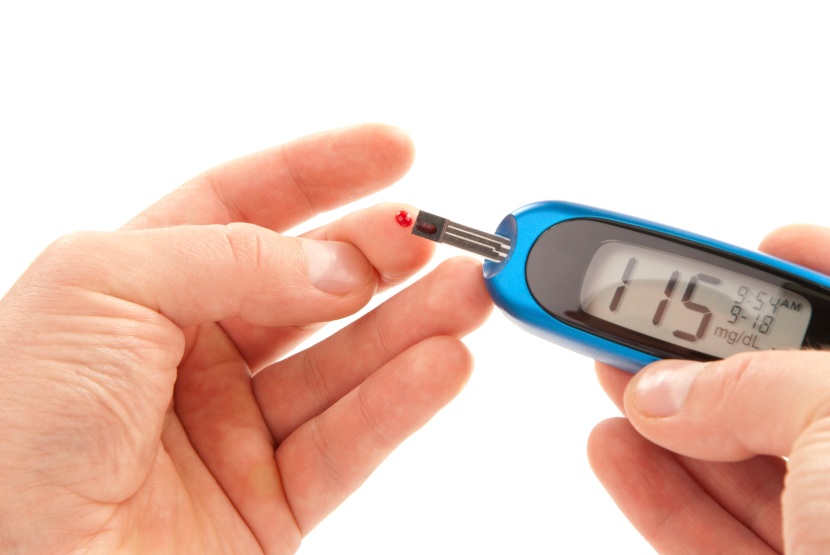 There are three types of diabetes:

What is this stuff called insulin?

Insulin is a hormone – that our body makes – which allows us to use sugar (glucose) from the food that you eat. Glucose is a great source of energy. After eating, our body is releases insulin which then attaches to cells and signals to those cells to absorb the sugar from our bloodstream. Without insulin, our cells have a hard time absorbing glucose. Think of insulin as a “key” which unlocks cells to allow sugar to enter the cell.

Ok, so how is it all connected to Parkinson’s disease?

The short answer is ‘we currently don’t know’.

There have, however, been numerous studies now that suggest an association between diabetes and Parkinson’s disease. The first of these studies was:

In this study, 21,841 male doctors (participants in the Physicians’ Health Study) were followed over 23 years. The researchers found that people with diabetes had an increased risk of developing Parkinson’s disease risk. Interestingly they reported that the highest Parkinson’s disease risk was seen in individuals with short-duration, older-onset diabetes.

This study came from another long term study, which was following 288,662 participants of the National Institutes of Health-AARP Diet and Health Study. The researchers found that the risk of Parkinson’s disease was approximately 40% higher among diabetic patients than among participants without diabetes. In this study, however, the analysis showed that the risk was largely limited to individuals who had diabetes for more than 10 years.

Using data from the nationwide Danish Hospital Register hospital records, the researchers found that having diabetes was associated with a 36% increased risk of developing Parkinson’s disease. Interestingly, they reported that the risk was stronger in women and patients with early-onset Parkinson’s disease (eg. diagnosed before the age of 60 years).

EDITORIAL NOTE HERE: It is important to understand that these studies do not suggest that having diabetes will naturally lead to Parkinson’s disease. They are simply pointing out that diabetics have an increased risk of developing the condition. We present this data here for informative purposes and to make people aware.

It is of interest to note that there is also an association between diabetes and Alzheimer’s disease (click here and here for more on this). Thus Parkinson’s disease is not the only neurodegenerative condition associated with diabetes.

Is the association between Parkinson’s disease and diabetes genetic?

At present, the answer is no.

The connection between diabetes and Parkinson’s disease does not appear to be genetic, as genome wide sequencing studies have found no common mutations or associations between the two conditions (click here for more on this).

So what are we doing with this knowledge?

This is the Gila monster (Source: Californiaherps).

Named after the Gila River Basin of New Mexico and Arizona, where these lizards are found found, the saliva of the Gila monster was found to have some rather amazing properties with regards to the management of type 2 diabetes. This was due largely to a protein extracted from the saliva, called exendin-4. Scientists have made a synthetic version of exendin-4 which they have called Exenatide.

When tested in a three year clinical trial, Exenatide was found to return people with type 2 diabetes to healthy sustained glucose levels and progressive weight loss.

Exenatide is a glucagon-like peptide-1 (GLP-1) agonist. These types of drugs work by mimicking the functions of the natural hormones in your body that help to lower blood sugar levels after meals. They do this by aiding the release of insulin from the pancreas, blocking a hormone that causes the liver to release its stored sugar into the bloodstream, and slowing glucose absorption into the bloodstream.

Great, but what has this got to do with Parkinson’s disease?!?

Exenatide has also been found to have impressive results in both animal models of Parkinson’s disease and in an open-label clinical trial.

The first study to report a positive effect of Exenatide in a Parkinson’s disease model was:

In this study, the scientists found that exendin-4 (aka Exenatide) improved both behavioural motor ability and protected dopamine neurons in a rodent model of Parkinson’s disease (and the drug was given 5 weeks after the animals developed the motor features). How these results were achieved – the biology behind the results – is unclear, but the effect was interesting enough to encourage other groups to also test Exenatide and they found similar results:

The scientists in this study tested exendin-4 (aka Exenatide) on two different rodent models of Parkinson’s disease and they found similar results to the previous study. The drug was given 1 week after the animals developed the motor features, but still positive effects were observed.

These (and other) initial results led to the initiation of a clinical trial. Given that Exenatide is already approved for use with diabetes, testing the drug in Parkinson’s disease was a relatively straightforward process (funded by the Cure Parkinson’s Trust).

The researchers running the clinical study gave Exenatide to a group of 21 patients with moderate Parkinson’s disease and evaluated their progress over a 14 month period (comparing them to 24 control subjects with Parkinson’s disease). Exenatide was well tolerated by the participants, although there was some weight loss reported amongst many of the subjects (one subject could not complete the study due to weight loss). Importantly, Exenatide-treated patients demonstrated improvements in their clinician assessed PD ratings, while the control patients continued to decline.

Importantly, in a two year follow up study – this was 12 months after the patients stopped receiving  Exenatide – the researchers found that patients previously exposed to Exenatide demonstrated a significant improvement (based on a blind assessment) in their motor features when compared to the control subjects involved in the study.

The results of this initial clinical study are intriguing and exciting, but it is important to remember that the study was open-label: the subjects knew that they were receiving the drug. This means that we can not discount the placebo effect causing some of the beneficial effects reported.

There is, however, a follow up double blind clinical study currently underway – funded by the Michael J Fox Foundation – which will be completed in June of this year (2016).

We look forward to reading the results of that trial.

And Exenatide is not the only diabetes drug being tested

We look forward to reading these results as well.

And you didn’t believe me about the monster saliva!