In the USA, many physicians use the United Parkinson’s Disease Rating Scale (UPDRS) for diagnosing Parkinson’s disease. UPDRS is a rating scale of Parkinson’s features. There is also a growing trend towards the use of a brain imaging technique called a DAT-Scan, which is an FDA-approved approach for differentiating Parkinson’s disease from essential tremor (but it cannot distinguish between PD and parkinsonian subtypes).

Ok, so why do we need a new criteria from Parkinson’s disease?

There have been major advances made since Dr James Parkinson first described Parkinson’s disease in 1817 (200 year anniversary coming up!!!). All that progress is changing in the way we look at the condition, for example only in the last two decades has our understanding of the genetics underlying Parkinson’s really started to blossom.

Given this state of affairs, it was decided that an updated definition/criteria for Parkinson’s disease was required.

Who decides what is Parkinson’s disease?

In 2014, the International Parkinson and Movement Disorder Society (MDS) organised a task force with the goal of providing an updated definition/criteria for Parkinson’s disease.

That group of experts held two ‘brainstorming’ teleconferences and then a physical meeting that all attended. From those meetings a first draft document was produced. Over the next 6 months a revision process was undertaken. The final version of the new criteria was ratified in San Diego (California) in June 2015.

What is the new criteria?

If you would like to read the new criteria in full – you can find it by clicking here.

Below we present a layman summary of the criteria. Central to the new criteria is firstly establishing that an individual has Parkinsonism, and then determining if Parkinson’s disease is the cause of that Parkinsonism.

Now that sounds a bit weird, but it does make sense. Here is how it works: Parkinsonism embodies a set of conditions that are characterized by tremor, bradykinesia, rigidity, and postural instability. Parkinson’s disease is the most common type of parkinsonism. Another form of Parkinsonism is vascular parkinsonism, in which blood vessel issues cause the tremor, bradykinesia, and rigidity features. Approximately 7% of people who are diagnosed with parkinsonism have developed their features after using (or treatment with) particular medications (such as neuroleptic antipsychotics). Thus, it is important to determine that a person’s parkinsonism is caused by Parkinson’s disease itself.

How do you establish Parkinsonism?

Bradykinesia, which is defined as slowness of movement AND decrement in amplitude or speed as movements are continued (eg. progressive hesitations/halts). Bradykinesia can be evaluated by using finger tapping, hand movements, pronation-supination movements (for example, twisting the forearm so that the palm is facing up and then down), toe tapping, and foot tapping. 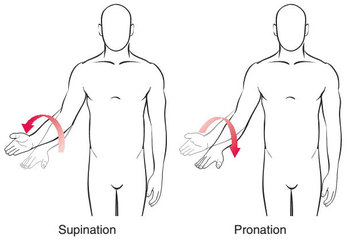 Importantly: Although bradykinesia can also occur in the voice, the face, and axial or gait domains, limb bradykinesia must be documented to establish a diagnosis of Parkinsonism.

Rigidity – Rigidity is determined on the “slow passive movement of major joints with the patient in a relaxed position and the examiner manipulating the limbs and neck.”
Rigidity deals with resistance and is referred to as ‘Lead-pipe rigidity’. This occurs when an increase in muscle tone causes a sustained resistance to passive movement (without fluctuations) through an entire range of motion.

Resting Tremor – this involves the shaking of 4 to 6-Hz in a fully resting limb. Importantly, for diagnosis of Parkinson’s disease, the tremor must be suppressed during movement initiation. The assessment of resting tremor can be made during the entire period of examination. And although postural instability is a feature of Parkinson’s disease, alone it does not qualify for a diagnosis of the condition.

Once it has been determined that the person has parkinsonism, the examiner will then determine whether the patient meets criteria for Parkinson’s disease as the cause of this parkinsonism. This determination is based on three requirements:

1.  Absolute Exclusion Criteria
The exclusion criteria is a list of clinical aspects that indicate alternative possible causes of Parkinsonism. The presence of any of the following features will result in Parkinson’s disease being ruled out as the cause of the Parkinsonism:

– Indications of cerebellar abnormalities, such as cerebellar gait, limb ataxia, or cerebellar oculomotor abnormalities.
– Downward vertical supranuclear gaze palsy (difficulty looking down), or selective slowing of downward vertical eye movements
– Diagnosis of probable behavioral variant frontotemporal dementia (BvFTD) or primary progressive aphasia (a rare neurological syndrome in which language capabilities become slowly and progressively impaired, while other mental functions remain preserved)
– The Parkinsonian motor features restricted to only the lower limbs for more than 3 years
– Treatment with any dopamine receptor blockers or dopamine-depleting agents in doses and a time-course consistent with drug-induced parkinsonism
– The absence of any observable response to a high-dose of levodopa
– Unequivocal cortical sensory loss (eg., graphesthesia or the ability to recognize writing on the skin purely by the sensation of touch), clear limb ideomotor apraxia, or progressive aphasia
– Normal functional neuroimaging of the presynaptic dopaminergic system (this could be the DATScan mentioned above)
– Documentation of an alternative condition known to produce parkinsonism and plausibly connected to the patient’s symptoms

The Supportive criteria is a list of clinical findings that support the indication that the Parkinsonism is caused by Parkinson’s disease. These include:

3. Red Flags
Red flags are indications of an alternative explanation for the Parkinsonism. While the presence of red flags can be counterbalanced by supportive criteria items, if there are more than two red flags, clinically probable PD cannot be diagnosed. The red fags include:

This new criteria for Parkinson’s disease will now be through a period of clinical evaluation and may be adjusted based on that assessment process.

It is interesting to see the condition becoming more defined and specified.