So, what happened during November 2018?

4th November – Kiwi Mike Lloyd finished his 10th New York marathon! Diagnosed with Parkinson’s 6 years ago, his story is truly inspiring – “To me it’s a celebration of what I can do, & what we can do as people, rather than what we can’t do”

Oh, and did I mention he’s also blind?

6th November – Mining company BHP suspended all rail operations in Western Australia after a train (consisting of 4 locomotives & 268 wagons) ladened with iron ore travelled over 92km (57miles) with no driver on board. It was finally deliberately derailed by the authorities. And that’s not the only crazy story out of Australia this month – check out Knickers the giant steer!

9th November – Supermarket Iceland had their Christmas advert banned in the UK because it was “deemed to breach political advertising rules” (Can anyone please explain to me why? I quite liked it):

22nd November – Engineers at the Massachusetts Institute of Technology announced that they have developed a model aircraft with no moving parts that is capable of flight. The age of ionic wind has begun.

In November 2018, there were 762 research articles added to the Pubmed website with the tag word “Parkinson’s” attached (7172 for all of 2018 so far – we should easily beat last years total of 7644). In addition, there was a wave to news reports regarding various other bits of Parkinson’s research activity (clinical trials, etc).

The top 8 pieces of Parkinson’s news

John Hopkins Medicine researchers find that Parkinson’s-associated alpha synuclein aggregates activate poly(adenosine 5′-diphosphate–ribose) (PAR) polymerase–1 (PARP-1), which leads to parthanatos cell death. PARP inhibitors rescue mouse models. The report suggests alpha synuclein is killing cells by activating PARP (via the parthanatos cell death pathway). PARP activation leads to increased levels of poly(adenosine 5′-diphosphate–ribose) (PAR) which goes on to accelerate alpha synuclein aggregation (in a feed-forward cycle). And the investigators also demonstrate that PAR levels are increased in the brains of people with Parkinson’s. In addition, they found that treating with clinically available PARP inhibitors significantly reduced levels of PAR in models of PD, which in turn resulted in less alpha synuclein aggregation. The only thought here is that PARP inhibitors are not great at crossing the blood brain barrier, so translating these results to people with Parkinson’s will be challenging (Click here to read more about this, click here to read a commentary, click here to read the press release, and click here to read a SoPD post on this topic). 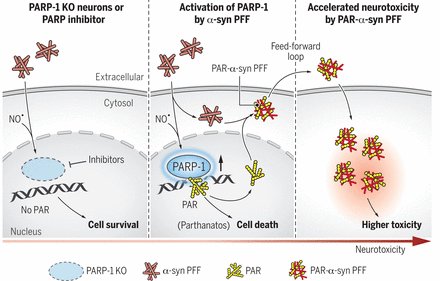 2. A Scot­tish mouse, a Finnish pa­tient and Parkinson’s

Six years of work by researchers at Dunedee University provides fundamental information on how genetic mutations in the PARKIN gene affects Parkinson’s. Both mouse & human work combined in this stellar piece of research. Prof Miratul Muqit and colleagues at Dunedee University (and international collaborators) published a new mouse model of Parkinson’s, involving a very specific genetic mutation (PARKIN S65A). The mouse exhibits motor/movement issues, but no loss of dopamine neurons. Interestingly, the researchers also found two patients with early onset Parkinson’s, which appears to be progressing very slowly (Click here to read more about this and click here to read the press release)

Novo Nordisk researchers have published preclinical & clinical data on an oral tablet version of their GLP-1 agonist Semaglutide coformulated with the absorption enhancer sodium N-[8-(2-hydroxybenzoyl) aminocaprylate] (SNAC). Could there soon be an ‘exenatide’ pill for Parkinson’s? (Click here to read more about this).

4. The smell of Parkinson’s

The researchers behind the “super smeller” study have a manuscript available on biorxiv identifying volatile odorous compounds from patient sebum that associate with the “smell of Parkinson’s”. Sebum is a waxy fluid excreted by the skin, over-production (seborrhea) can be a symptom of PD. Samples collected from 64 subjects (21 controls & 43 PD) identifies a distinct volatiles-associated signature for PD, including altered levels of perillic aldehyde & eicosane. The manuscript still needs to go through the peer-review process before it is published, but click here if you would like to read the manuscript (there will be an SoPD post on this once it it published). 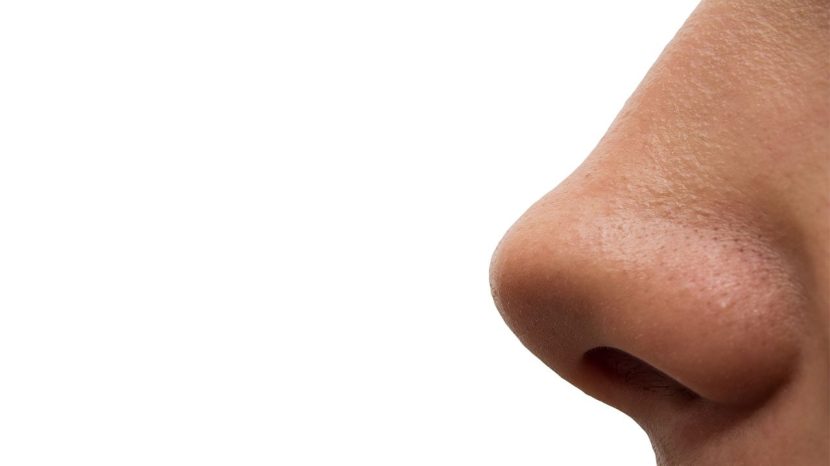 A consortium of researchers who provide further evidence 4 a link betwn smoking & reduced risk of Parkinson’s – but they are not clear which chemical compound in smoking is responsible for the biological effect. The study found that existing smokers are up to 50 per cent less likely to develop. An inverse association between exposure to passive smoking at home and/or at work and risk of PD was also identified. And “the authors of the study warned the “disastrous” harms caused by tobacco continue to vastly outweigh any benefit related to the neurological disease” (Click here to read more about this and click here to read the press release). 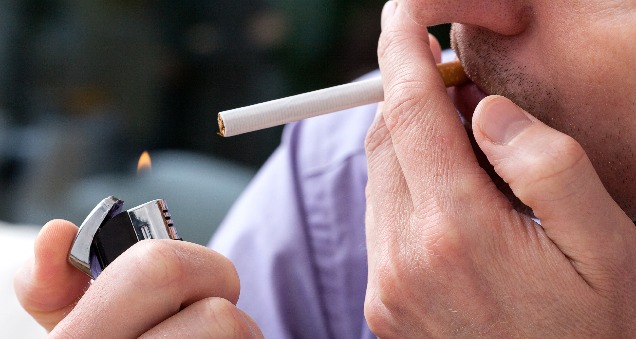 Data has implications for understanding disease pathology AND patient stratification in future trials (Click here to read more about this). 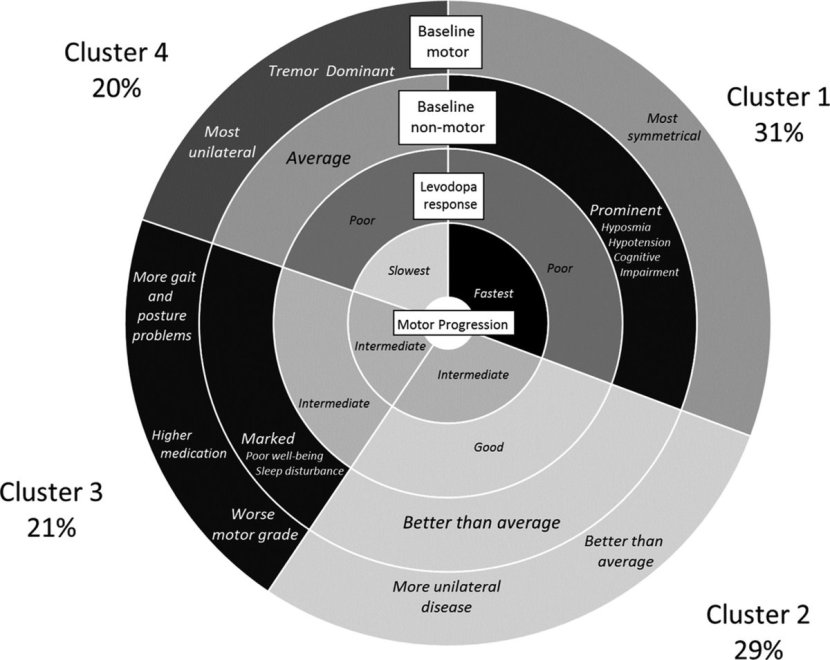 Researchers present metabolic imaging data from the AAV-GAD gene therapy study in Parkinson’s which suggest that the clinical benefits are likely mediated by modulation of brain metabolism. AAV-GAD (NLX-P101) treatment produced “adaptive rewiring”, but deep brain stimulation which also suppresses subthalamic nuclei activity (using electrical pulses) did not. Researchers now seeking to re-explore this approach with another clinical trial in late 2019 (Click here to read more about this and click here for the press release).

Researchers at Oxford University have published an impressive report using high-resolution, single-cell transcriptomic analyses of patient-derived dopamine neurons (made from induced pluripotent stem cells or iPSCs) to identify histone deacetylase 4 (HDAC4) as a regulator of disease progression. Treating the iPSC-derived dopamine neurons with HDAC4-modulating compounds like Tasquinimod – an allosteric inhibitor of HDAC4 – upregulated genes early in the differentially expressed axis AND corrected Parkinson’s-related cellular phenotypes (Click here to read more about this). 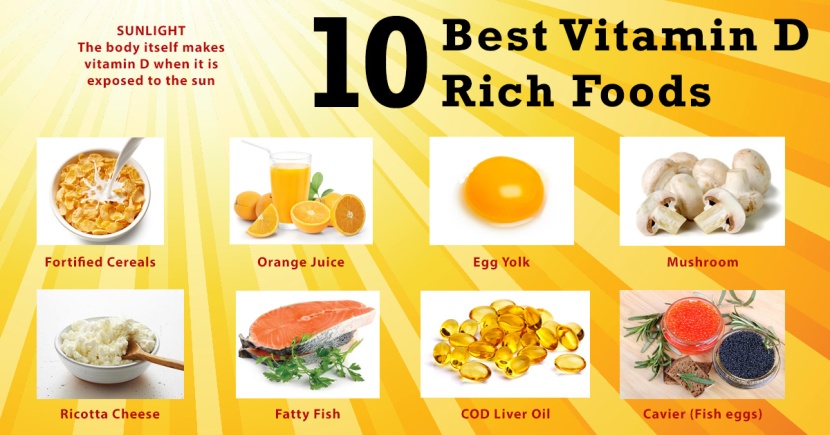 And there it is, just some of the highlights from November 2018 – another very busy month of Parkinson’s research. Hopefully there will be bits and pieces of interest for everyone in the list. Much of the material used here was collected from the Science of Parkinson’s Twitter feed (and there is a lot more posted there each day).

And now: on to December! Christmas is almost here.