We have learnt a great deal about Parkinson’s over the last few years via the use of “big data”.

Whether it be the analysis of vast pools of genetic information collected from tens of thousands of individuals with the condition, to analysing massive datasets of longitudinal medical information, these investigations has open new avenues of research and investigation.

Recently, an analysis of medical records from Taiwan have shed new light on another potential influencer of Parkinson’s risk: Hepatitis C

What is Hepatitis C?

END_OF_DOCUMENT_TOKEN_TO_BE_REPLACED 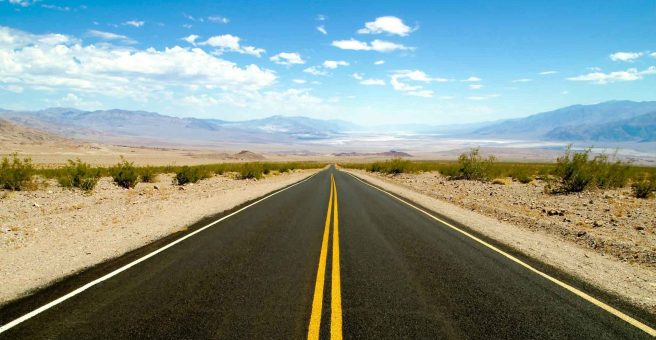 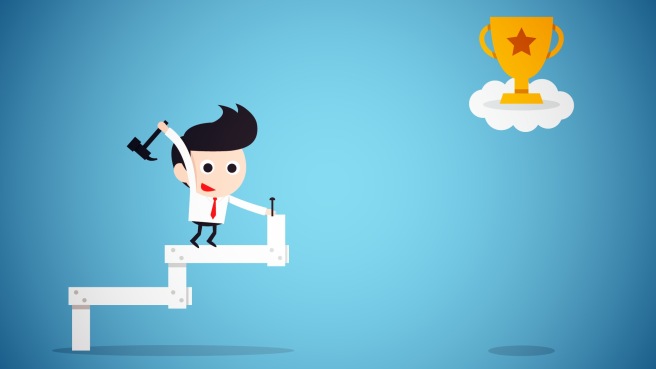 In the introduction to last year’s outlook I wrote of the dangers of having expectations (Click here to read that post). A wise man (the great Charlie Munger) once said: If you want to lead a happy life, lower your expectations.

It is good advice, and as a rule, I try to follow it in life – I am a cup is completely empty kind of guy. I have no expectations, and so when anything happens – it is magic. I do have ambitions, but no expectations.

And others wrote about managing expectations in 2018 (Click here for a great example).

To put it plainly: Expectations are the primary cause of all disappointment. 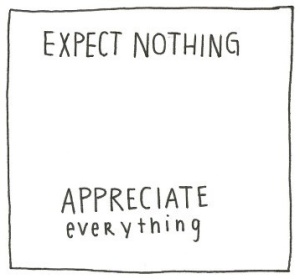 And it is important, as we look ahead at the next 12 months of Parkinson’s research, we need to be very careful not to have too many (or to build up too many) expectations.

Right, now, with all of that said, it may now befuddle some readers that the theme of the 2019 SoPD outlook is ‘great expectations‘.

END_OF_DOCUMENT_TOKEN_TO_BE_REPLACED

A total of 7672 research papers were published with the keyword ‘Parkinson’s’ according to the Pubmed website (this compared to 7675 for all of 2017 – this obviously represents a dismal failure for the Parkinson’s research community: the first time in quite a while that we haven’t beaten the number of research reports from the previous year!

I am of course kidding. The quantity of research reports is irrelevant. But it does make me smile that we missed the mile stone by just 3 papers!

2018 has been another amazing year for Parkinson’s research. And while I appreciate that a comment like this means little to someone living with the condition on a day-to-day, remarkable progress has been made not only in our understanding of the condition, but also in the various ways in which the research is being done and potential therapies are approaching the condition.

In this post, we will review the year that was by briefly summarising some of the major research-related events of each month in 2018.

And that journey begins with:

END_OF_DOCUMENT_TOKEN_TO_BE_REPLACED

So, what happened during December 2018?

7th December  – The U.N.’s International Telecommunication Union reported that, by the end of 2018, more than half – a full 51.2 percent – of the world’s population will be using the Internet (Click here to read more about this).

8th December – Drama at the 24th Conference of the Parties to the United Nations Framework Convention on Climate Change (COP24) meeting in Katowice, Poland. The US, Saudi Arabia, Russia and Kuwait object to adopting the scientific report – which was commissioned at the 2015 meeting. The study suggests that the world is now “completely off track” on climate change, heading towards a 3 degree C. rise by the end of this century rather than a mere 1.5 degree C. rise (Click here to read more about this). 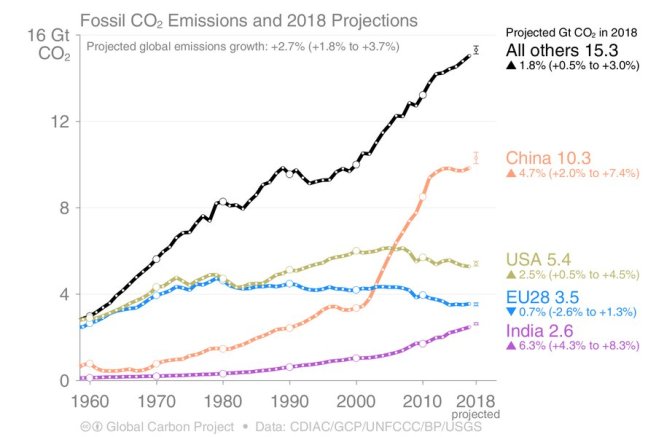 12th December – Negotiators at COP24 in Katowice finally secured an agreement on a range of measures that will make the Paris climate pact operational in 2020 (Click here to read more about this).

17th December – Astronomers announced that they have identified the most distant object ever observed within our solar system. Currently named “2018 VG18” (but nicknamed ‘Farout’), the 500km (310 miles) wide body is approximately is 120 times further away from the sun than Earth is (to put that in perspective, Pluto is only 34 times – Click here to read more about this).

In December 2018, there were 597 research articles added to the Pubmed website with the tag word “Parkinson’s” attached (7672 for all of 2018 – compared to 7675 for all of 2017….seriously?!? Just 3 papers difference?!?). In addition, there was a wave to news reports regarding various other bits of Parkinson’s research activity (clinical trials, etc).

END_OF_DOCUMENT_TOKEN_TO_BE_REPLACED

As many as 1 in 5 people say they have suffered from chronic (long-term) constipation at some point in their lives.

It results in more than 2.5 million hospital and physicians visits per year in the USA.

And Americans spend more than $700 million on treatments for it annually (Source).

More importantly, constipation is considered by many researchers to be a risk factor for developing Parkinson’s, as many people in the affected community claim to have experienced constipation for long periods prior to diagnosis.

Why this is, what is being done to research it, and what can be done about constipation in Parkinson’s is the topic of today’s post. But first, let’s start with the obvious question:

END_OF_DOCUMENT_TOKEN_TO_BE_REPLACED

It was news that I have been quietly waiting to hear for some time.

It related to their “BlueSky Project” – a collaboration between the two companies to provide better methods of assessment/monitoring of Parkinson’s.

The two companies announced that they are now ready to start accepting the first participants for a new clinical trial.

And it is a really intriguing study for one simple reason:

The entire trial will take place inside one house.

END_OF_DOCUMENT_TOKEN_TO_BE_REPLACED

I have previously mentioned on this website that any ‘cure for Parkinson’s’ is going to require three components:

This week we got some interesting clinical news regarding the one of these components: A disease halting mechanism

Clinical trial results from Austria suggest that a new immunotherapy approach in people with Parkinson’s is both safe and well tolerated over long periods of time.

END_OF_DOCUMENT_TOKEN_TO_BE_REPLACED

Dubstep is a genre of electronic dance music that originated in South London in the late 1990s. Only recently -in the 2010s – has the culture really become more mainstream. And while I have a hard time appreciating the heavy bass music (man, I am becoming a grumpy old man before my time), it is amazing to watch some of the dancers who robotically embody this form of music:

The guy on the right is named Marquese Scott. Sometimes he simply defies the laws of physics.

The title of today’s post is a play on words, because rather than doing ‘Dubstep’ we are going to be discussing how to ‘DUB-stop’.

Researchers in Oxford have recently signed an agreement with a US company to focus resources and attention on a new approach for tackling neurodegenerative conditions, including Parkinson’s.

What they are proposing is a complicated biological dance.

What are deubiquitinating enzymes?

END_OF_DOCUMENT_TOKEN_TO_BE_REPLACED

This is Mariëtte Robijn: 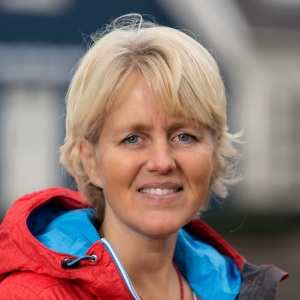 Diagnosed at 46 with Parkinson’s, Mariëtte keeps a great blog that touches on many areas of life, including boxing. But it also provides her with a medium to discuss how she lives with Parkinson’s (you should follow her if you don’t already).

In a recent post on her blog – called “Planet Patient vs Planet Researcher” – Mariëtte asks ‘are we really so very different, we patients and researchers?‘

Her answer is ‘Yes!‘ and she listed 10 areas where the differences are apparent.

Mariëtte’s points are made from an educated point of view – she is a very dedicated Parkinson’s research advocate.

Reading through her post, however, I saw it as a nice opportunity to provide the view of things from the other world (Planet Researcher). So, with her permission, I have copied her 10 points here and I have tried to provide a Planet Researcher view of her thoughts (below in red). And I should add that I do not speak for everyone on Planet Researcher – my views are simply that: mine.

END_OF_DOCUMENT_TOKEN_TO_BE_REPLACED

I can remember my father often saying “If you kids don’t be quiet, I’ll go berserk!”

Growing up, I never questioned the meaning of the word ‘berserk‘.

I simply took it as defining the state of mindless madness that my dad could potentially enter if we – his off-spring – pushed him a wee bit too far (and for the record, Dad actually ‘going berserk’ was a very rare event). 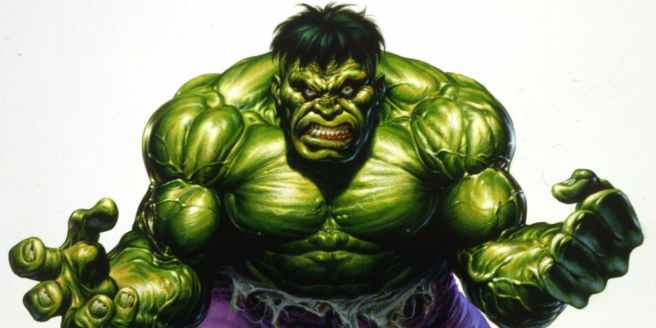 My father. But only on the odd occasion. Source: Screenrant

But now as I find myself repeating these same words to my own off-spring, I am left wondering what on Earth it actually means?