March 9th – A research team at the Los Alamos National Laboratory (US) has developed a less expensive water electrolysis system, offering a more viable way to store energy from solar and wind power in the form of hydrogen fuel (Click here to read the study and click here to read the press summary).

March 15th – Faced with national lockdown due to the current coronavirus/COVID-19 situation, Italians kept themselves occupied in wonderful ways:

March 16th – Of the 44 COVID-19 vaccines under development, one of the first went into clinical trial on this day. Biotech firm Moderna announced the dosing of the first participant in their NIH-led Phase 1 study of mRNA Vaccine (mRNA-1273) against SARS-CoV-2 (The trial ready vaccine was delivered to NIH in just 42 days from sequence selection!!! – Click here to read more about this). #Godspeed

March 26th – Daniel Matarazzo made the world smile with his Coronarvirus-parody of Supercalifragilisticexpialidocious. In case you missed it, enjoy:

In March 2020, there were 719 research articles added to the Pubmed website with the tag word “Parkinson’s” attached (2475 for all of 2020 so far). In addition, there was a wave to news reports regarding various other bits of Parkinson’s research activity (clinical trials, etc).

The top 4 pieces of Parkinson’s news

Analysis from the longest post-mortem trophic factor gene therapy Parkinson’s cases reported to date is really interesting! AAV2-neurturin (CERE120) did not meet primary endpoint in its clinical trial, but this data suggests biological effect. In the putamen, TH+ fibres were observed in areas of detectable neurturin expression; In the nigra, melanized neurons displayed intense TH & RET expression in the patient where CERE120 was directly delivered to the nigra; No difference in the degree of Lewy pathology. α-synuclein aggregates were detected in neurturin+ neurons; present post-mortem study involved 2 patients (8 & 10 years post-surgery); NRTN only covered relatively small areas of the putamen (3.75 & 12.40%, respectively). Does the poor spread justify another clinical trial? (Click here to read more about this, click here to read a lay summary, and click here to read a SoPD post about it).

French researchers demonstrated the feasibility of direct administration of a stable form of dopamine (“A-dopamine”) into the brain in a primate model of Parkinson’s (MPTP). They reported improved dopa-responsive motor and cognitive symptoms, and no dyskinesia under continuous A-dopamine delivery (vs peripheral L-dopa). A biotech company – called InBrain Pharma – has been set up to clinically develop this new approach (Click here to read more about this and click here to read a SoPD post on this topic).

German researchers report disruption of cellular proteostasis (in human dopamine neurons & mouse brains) by H1N1 influenza A virus causes Parkinson’s-associated α-synuclein aggregation. H1N1 infection in human dopamine neurons in cell culture “leads to the formation of α-synuclein & Disrupted-in-Schizophrenia 1 (DISC1) aggregates, but NOT of tau or TDP-43 aggregates, indicating a selective effect on proteostasis”. Oseltamivir phosphate prevented aggregation. “In addition, α-synuclein aggregates appeared in infected cell populations connected to the olfactory bulbs following intranasal instillation of H1N1” in mice (Click here to read more about this and click here to read a SoPD post on this topic).

And before we begin the rest of the post – special announcement:

Sick of your career being quarantined?

Looking for a means of sharing your research?

Or simply interested in watching some fascinating academic presentations focusing on Parkinson’s and related conditions while you are stuck at home? 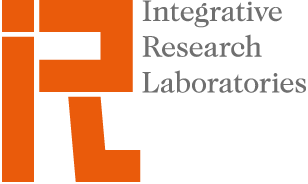 And there it is, just some of the highlights from March 2020 – another very busy month of Parkinson’s research. Hopefully there will be bits and pieces of interest for everyone in the list. Much of the material used here was collected from the Science of Parkinson’s Twitter feed (and there is a lot more posted there each day).

And now: on to April – be safe everyone!