In 2013, a group of researchers at Carnegie Mellon University found a rather astonishing but very interesting association:

Children from lower socioeconomic status have shorter telomeres as adults.

Yeah, wow, strange… sorry, but what are telomeres?

Do you remember how all of your DNA is wound up tightly into 23 pairs of chromosomes? Well, telomeres are at the very ends of each of those chromosomes. They are literally the cap on each end. The name is derived from the Greek words ‘telos‘ meaning “end”, and ‘merοs‘ meaning “part”.

Telomeres are regions of repetitive nucleotide sequences (think the As, Gs, Ts, & Cs that make up your DNA) at each end of a chromosome. Their purpose seems to involve protecting the end of each chromosome from deteriorating or fusing with neighbouring chromosomes. Researchers also use their length is a marker of ageing because every time a cell divides, the telomeres on each chromosome gradually get shorter. 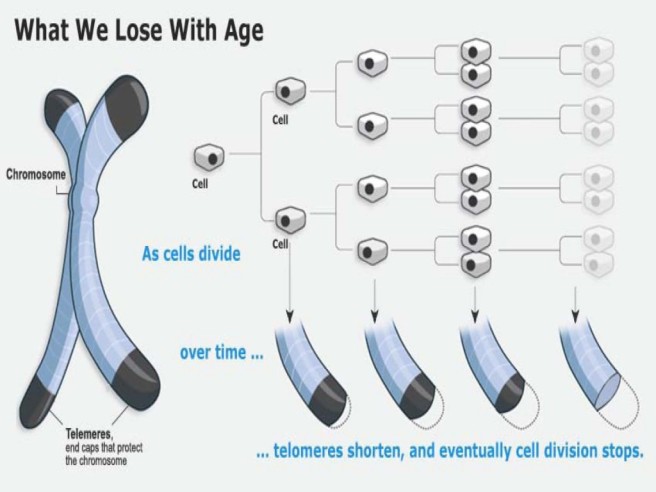 Ok, so poor kids have shorter telomeres. So what?

Well, having shorter telomeres is associated with the early onset of illnesses such as cardiovascular disease and cancer (Click here to read more about this). But the Carnegie Mellon researchers noticed something else:

In other words, they found that low socioeconomic status during childhood increased one’s susceptibility to the common cold.

Here is the research report:

The investigators measured the telomere lengths of white blood cells from 152 healthy individuals (aged of 18 and 55). As a measure of their childhood and current socioeconomic status, the participants were asked whether they currently own their house and whether their parents owned the family home that they grew up in (between the age of 1 to 18 years).

The investigators next exposed the participants to a rhinovirus – which causes a common cold – and they then waited five days to see if the participant went on to develop an infection (I would really love to know how this project proposal passed the ethics board). 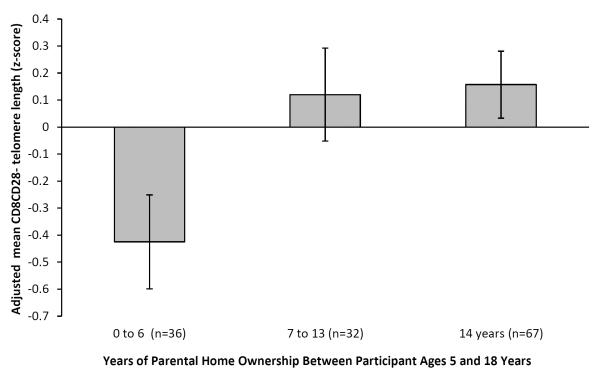 The results showed that participants from lower childhood socioeconomic status had both shorter than average telomere length (see graph above) and were more likely to become infected by the cold virus. In fact, for each year that their parents did not own a home during their childhood, the participants’ odds of developing a cold increased by 9 percent. This report was a replication and extension on this research group’s previous findings that had a very similar result (Click here to see that previous report)

Wow. That actually is really interesting. Are telomere lengths shorter in Parkinson’s disease?

Ok, so why are you telling me about telomeres and socioeconomic status?

Because last week the Centre for Disease Control published the results of a study that suggested that socioeconomic status may actually influence one’s risk of developing Parkinson’s disease or Amyotrophic Lateral Sclerosis (ALS or Lou Gehrig’s disease).

Here is the report:

In this study, the researchers used data from the CDC’s National Institute for Occupational Safety and Health (NIOSH) database called the National Occupational Mortality Surveillance (NOMS). NOMS is a US-based program that monitors work-related acute and chronic disease mortality among workers in 30 U.S. states. The database contains information associated with approximately 12.1 million deaths.

In total, there were 26,917 deaths associated with Amyotrophic Lateral Sclerosis and 115,262 deaths associated with Parkinson’s disease. The occupations of the deceased were then grouped into 26 categories based on similarities of job duties and ordered roughly from high socioeconomic status (e.g., legal, finance, management) to lower socioeconomic roles (e.g., construction, transportation and material moving).

After accounting for age, sex, and race, the investigators found that occupations associated with higher socioeconomic status particularly elevated in people that died with Amyotrophic Lateral Sclerosis and Parkinson’s disease.

For Amyotrophic Lateral Sclerosis, 14 occupations were significantly associated with the disease and 4 categories were particularly strong in their association (computer and mathematical; architecture and engineering; legal; and education, training, and library).

In the Parkinson’s disease analysis, 13 occupation categories were significantly associated with the condition. These included:

And curiously, the occupation category of ‘Farming, fishing, and forestry’ did not have a strong association with Parkinson’s disease, which is strange given the strong association between farming and Parkinson’s in past studies (Click here for more on this). The researchers acknowledged this, but could not explain the difference with previous studies.

Also curious, 11 occupation categories were significantly not associated with Parkinson’s disease. These included:

And one in particular – called ‘extraction‘ [involving mining or oil and gas drilling] – was particularly not associated with Parkinson’s disease. I now know what I’ll be encouraging my daughter to do for a living.

Has this occupation/socioeconomic thing ever been investigated before?

Yes, a few times. One recent example is:

In this study, the investigators used the Swedish Twin Registry that included 28,778 twins (born between 1886 and 1950). They identified 433 cases of Parkinson’s disease. When they assessed occupations, they found that high occupational complexity (with data and people) was associated with increased risk of Parkinson’s disease, particularly in men.

And there are previous research reports supporting the idea of more complex occupations being associated with an increased risk of Parkinson’s (Click here and here to see two examples).

Has this kind of analysis ever been done for other types of neurodegenerative conditions, like Alzheimer’s disease?

Yes, and strangely with regards to Alzheimer’s disease, the data suggests the opposite effect:

In this study, the investigators recruited a group of 931 non-demented people (aged older that 75 years) from the Kungsholmen Project in Stockholm (Sweden). They followed these subjects for 3 years (between 1987 and 1993). A total of 101 incident cases of dementia were detected during this time. Interestingly, the results suggested that subjects with less formal education were almost 3.5 times more likely to develop Alzheimer’s disease than those with more education. In addition, subjects with a lower socioeconomic status were 1.6 times more likely to develop Alzheimer’s disease.

So the high socioeconomic status effect is specific to Parkinson’s and Amyotrophic Lateral Sclerosis?

Call me crazy, but there could be a theme here. For example, all of these jobs require attention to detail. And they all require an element of commitment/endeavour about them. Perhaps all of these jobs would be best conducted by people with specific personality traits.

What are you suggesting?

In 1913, Dr Carl Camp, a neurologist at the University of Michigan, wrote in ‘Modern Treatment of Nervous and Mental Diseases’:

“It would seem that paralysis agitans (the old name for Parkinson’s) affected mostly those persons whose lives had been devoted to hard work… The people who take their work to bed with them and who never come under the inhibiting influences of tobacco or alcohol are the kind that are most frequently affected. In this respect, the disease may be almost regarded as a badge of respectable endeavor” 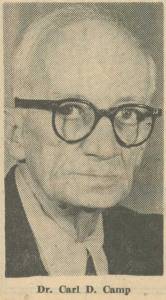 This was the first time anyone had proposed that certain personality traits may be associated with Parkinson’s disease. And since Dr Camp’s comment, over 100 years ago now, a lot of studies have been conducted on this topic and many of them agree that certain personality traits that are associated with increased risk of Parkinson’s disease. These traits include:

And the evidence suggests that these traits persist long after the onset of the illness – that is to say, they are not affected by the disease. I have previously written about the idea of a Parkinson’s personality (Click here to read that post).

So rather than being a warning about high socioeconomic status jobs, is the CDC report merely further evidence supporting the idea of a ‘Parkinson’s disease personality type’?

I don’t have the answer. I just thought that this was an alternative way of looking at the results.

Recently a group of researchers at the Centre for Disease Control in the USA published an interesting report about occupation and risk of developing either Parkinson’s disease or Amyotrophic Lateral Sclerosis. Their results found that people in high socioeconomic status jobs had a higher risk of developing the two diseases.

While this effect is more prominent in Amyotrophic Lateral Sclerosis, I personally think that the interpretation could be incorrect in the case of Parkinson’s disease. Rather than providing a public health warning to anyone seeking to enter the ‘high socioeconomic status jobs’, the findings of the study may simply be pointing towards the personality traits that have been previously associated with Parkinson’s disease.