I am a fan of Malcolm Gadwell (not an endorsement, this is just me sharing).

He has a great way of looking at a situation from a completely different angle, finding things that no one else sees, and then writing about it in a clever, easy to read manner. Having read most of his books, I was rather pleased to learn that he has a podcast – Revisionist History.

The first episodes of the most recent series of the podcast have helped to raise my fragile self esteem, because I am definitely a tortoise (just listen to the first two episodes of season 4 and you’ll understand).

Oh, and Mr Gladwell, if you ever read this – in the next series of the podcast, please have a look at the dysfunctional way we clinically test new therapies in medicine – click here to read a previous SoPD rant on this topic. Thanks!

What does Malcolm Gladwell have to do with Parkinson’s?

It all comes back to that idea of looking at a situation from a completely different angle.

END_OF_DOCUMENT_TOKEN_TO_BE_REPLACED

If you have recently sent me an email, you may not have had a response. I apologise profusely for this, but I have gradually become inundated with questions and requests, and have had a hard time keeping up (in addition: family and day job take priority).

I do get some wonderfully titled emails though, which immediately grab the attention.

For example, the other day I recieved an email entitled:

A brief glance at the contents confirmed suspicions that the sender was referring to this new research report:

END_OF_DOCUMENT_TOKEN_TO_BE_REPLACED

Before we start today’s post, a word on ‘associations‘.

Please remember while reading this material that association does not equate to causation.

So if I write something like “researchers have found an association between a type of bacteria that causes gum disease and Alzheimer’s”, it does not mean that someone with either condition necessarily has the other. It only means that they have both simply appeared in the same individuals at a higher than chance rate.

A very interesting report in which researchers have found an association between a type of bacteria that causes gum disease and Alzheimer’s.

END_OF_DOCUMENT_TOKEN_TO_BE_REPLACED

Where does it all begin? Source: Cafi

One of the most interesting people I met during my time doing Parkinson’s assessment clinics was an ex-fire forensic investigator.

We would generally start each PD assessment session with a “brief history” of life and employment – it is a nice ice breaker to the appointment, helped to relax the individual by focusing on a familiar topic, and it could provide an indication of potential issues to consider in the context of Parkinson’s – such as job related stress or exposure to other potential risk factors (eg. pesticides, etc).

But so fascinated was I with the past emplyoment of the ex-fire forensic investigator gentleman that the “brief history” was anything but brief.

We had a long conversation.

One aspect of fire forensics that particularly fascinated me was the way he could walk into a recently burned down property, and he could “read the story backwards” to identify the root cause of the fire.

He could start anywhere on a burnt out property and find his way back to the source (and also determine if the fire was accidental or deliberate).

Where did it all start? Source: Morestina

I marvelled at this idea.

And I can remember wondering “why can’t we do that with Parkinson’s?”

Well, recently some Japanese researchers have had a crack at “reading the story backwards” and they found something rather interesting.

What did they find?

END_OF_DOCUMENT_TOKEN_TO_BE_REPLACED

The first presentation was from a group of researchers at the University of California, San Francisco.

The research team – led by group leader Dr Saul Villeda – were presenting new data suggesting that circulating immune cells were most likely responsible for the age-related reduction in neurogenesis (formation of new neurons) that occurs in certain areas of the brain (Click here to read the abstract for this presentation). They reported that the aged hematopoietic (blood) system led to impaired neurogenesis. Their take-home-message: the older the blood system, the less new cells being produced by the brain.

Well, at the same time in another part of the conference a second group of researchers were presenting equally impressive data: They have zeroed in of a small fraction of normal, young blood that they believe has interesting properties, particularly in reversing the cognitive deficits associated with aging mice (Click here to read the abstract of this presentation).

Their research has even narrowed down to a specific protein, called C-C chemokine receptor type 3 (or CCR3), which when inhibited was found to improve cognitive function and decreased neuroinflammation in aged mice (Click here to read the abstract of the presentation).

But specifically for our interests here at the SoPD, these same researchers displayed data which demonstrated that treatment with a novel fraction of human plasma resulted in significant improvements in motor function, cell survival and neuroinflammation three weeks after treatment in multiple mouse models of Parkinson’s (Click here to read the abstract of the poster).

(PLEASE NOTE: The author of this blog was not present at the SFN meeting and is working solely with the abstracts provided)

This second group of scientists were from a company called Alkahest, and they have recently started a clinical trial for people with Parkinson’s based on these results. That trial has garnered quite a bit of interest in the Parkinson’s community.

What do Alkahest do?

END_OF_DOCUMENT_TOKEN_TO_BE_REPLACED

Founded in 2013, by a group of former Genentech executives, San Francisco-based Denali Therapeutics is a biotech company which is focused on developing novel therapies for people suffering from neurodegenerative diseases. Although they have product development programs for other condition (such as Amyotrophic Lateral Sclerosis and Alzheimer’s disease), Parkinson’s is their primary interest.

And their target for therapeutic effect?

END_OF_DOCUMENT_TOKEN_TO_BE_REPLACED 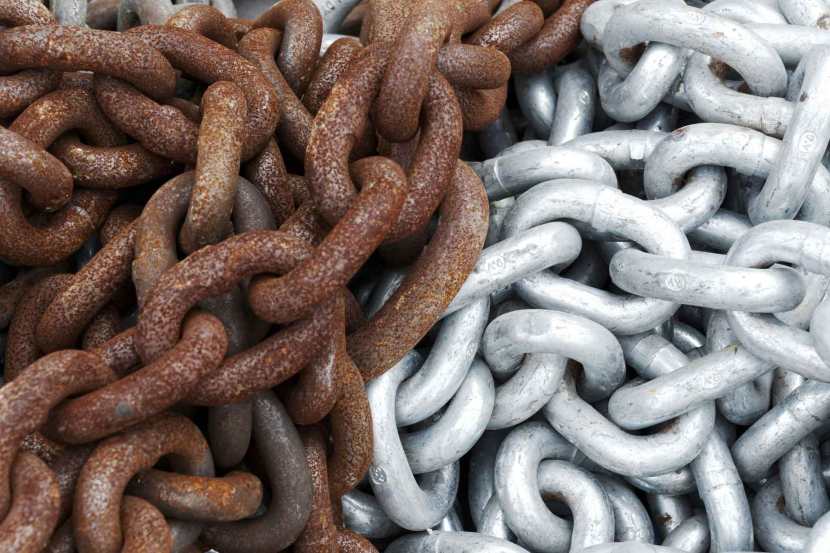 In his book ‘A Red Herring Without Mustard‘, author Alan Bradley wrote:

“Oxidation nibbles more slowly – more delicately, like a tortoise – at the world around us, without a flame, we call it rust and we sometimes scarcely notice as it goes about its business consuming everything from hairpins to whole civilizations”

And he was right on the money.

Oxidation is the loss of electrons from a molecule, which in turn destabilises that particular molecule. It is a process that is going on all around us – even within us.

Iron rusting is the example that is usually used to explain oxidation. Rust is the oxidation of iron – in the presence of oxygen and water, iron molecules will lose electrons over time. And given enough time, this results in the complete break down of objects made of iron.

The combustion process of fire is another example, albeit a very rapid form of oxidation.

Oxidation is one half of a process called Redox – the other half being reduction (which involves the gaining of electrons).

Here is a video that explains the redox process:

Now it is important to understand, that oxidation also occurs in biology.

Molecules in your body go through the same process of losing electrons and becoming unstable. This chemical reaction leads to the production of what we call free radicals, which can then go on to damage cells.

What is a free radical?

END_OF_DOCUMENT_TOKEN_TO_BE_REPLACED 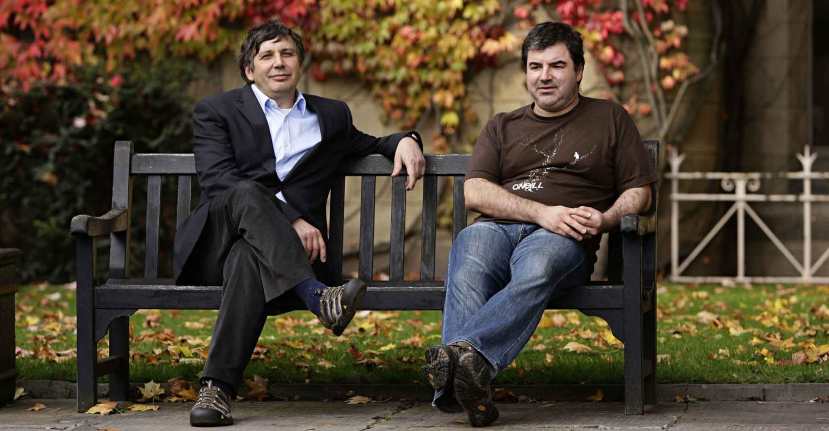 They called them ‘Friday night experiments’.

Each week, two research scientists at the University of Manchester (UK) named Andre Geim and Konstantin Novoselov held sessions where they would conduct experiments that had little or nothing to do with their actual research.

These activities were simply an exercise in genuine curiosity.

And on one particular Friday in 2004, the two scientists conducted one of the simplest experiments that they had ever attempted – but it was one which would change the world: They took some sticky tape and applied it to a lump of graphite.

END_OF_DOCUMENT_TOKEN_TO_BE_REPLACED

In 2003, researchers found 34 bone fragments belonging to a single individual in a cave near Tianyuan, close to Beijing (China).

But it was not the beginning of a potential murder investigation.

This was the start of something far more interesting.

Naming the individual “Tianyuan man”, the researchers have subsequently found that “many present-day Asians and Native Americans” are genetically related to this individual. His bones represented one of the oldest set of modern human remains ever found in the eastern Eurasia region.

But beyond the enormous family tree, when researchers further explored specific details about his jaw bone (or lower mandible as it is called) they found something else that was very interesting about Tianyuan man:

The researchers found that a substantial portion of Tianyuan man’s diet 40,000 years ago came from freshwater fish.

Interesting preamble, but what does this have to do with Parkinson’s?

END_OF_DOCUMENT_TOKEN_TO_BE_REPLACED

The wonder of ageing. Source: Club-cleo

NOTE: Be warned, the reading of this post may get a bit confusing. We are going to be discussing ageing (as in the body getting old) as well as AGEing (the haphazard process processing of glycation). For better clarification, lower caps ‘age’ will refer to getting old, while capitalised ‘AGE’ will deal with that glycation process. I hope this helps.

For some people ageing means more years to add to your life and less activity. For others it means more medication and less hair. More wrinkles and less independence; more arthritis and less dignity; More candles, and less respect from that unruly younger generation; More… what’s that word I’m thinking of? (forgetfulness)… and what were we actually talking about?

Wisdom is supposed to come with age, but as the comedian/entertainer George Carlin once said “Age is a hell of a price to pay for wisdom”. I have to say though, that if I had ever met Mr Carlin, I would have suggested to him that I’m feeling rather ripped off!

Whether we like it or not, from the moment you are born, ageing is an inevitable part of our life. But this has not stopped some adventurous scientific souls from trying to understand the process, and even try to alter it in an attempt to help humans live longer.

Regardless of whether you agree with the idea of humans living longer than their specified use-by-date, some of this ageing-related research could have tremendous benefits for neurodegenerative conditions, like Parkinson’s.

What do we know about the biology of ageing?